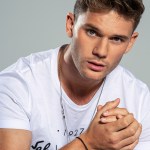 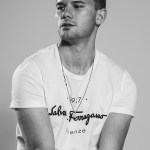 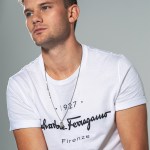 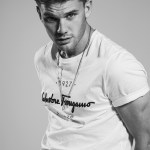 The premiere of ‘Treadstone’ was a high-stakes new look into the ‘Bourne’ universe. HL spoke EXCLUSIVELY star Jeremy Irvine about what’s next after that intense premiere, whether Bentley can be trusted, and more.

Treadstone has introduced us to many new characters within the Bourne universe. The Oct. 15 premiere set the stage for an action-packed season. Jeremy Irvine stars as J. Randolph Bentley, a CIA spy who has been held captive for months. He managed to escape, but has he really? That’s what Treadstone will try to answer over the course of the season. Jeremy sat down EXCLUSIVELY with HollywoodLife to talk about diving into the Bourne world, the training process, and what’s ahead for Bentley.

What stood out about the role of Bentley that made you want to jump into this world?
Jeremy Irvine: I was just a big Jason Bourne fan and got to have a chat with Ben Smith, the producer. For someone like him at the helm of this — he produced the Bourne movies as well — you kind of trust their creative judgment. So we got one episode at a time as we filmed, so we didn’t really know where the character was going. I was just taking his word for it. But what was really cool was it turned into a really collaborative process. I’ve only ever done movies and theater. I was told coming into filming, the lines were the lines, you weren’t allowed to change a thing. Everything was to be completely controlled by the studio. Then I started working with Ben and we’d spend hours sort of reworking scenes with the writers. It really felt like a very collaborative process. So that was a big appeal to me, especially once we’d started. I was like, “All right, this was a good decision.” Because it’s also a huge time commitment. You sign up to a movie and it’s like two months of your life. Sign up to something like this and there’s a whole year from starting training for it to finishing it.

The stunts in the first episode were extremely intense. Talk me through that training process.
Jeremy Irvine: It was great. I started it a couple of months before we started filming. The stunts seemed clear, that they wanted all the fighting to be real. So we learned all the different sorts of martial arts styles and all the sorts of techniques that are actually taught at Special Forces and things. I learned it for real first and then learned how to do it for the camera and without actually hitting someone, which is important. It was very physical and demanding. But at the same time, it’s kind of every boy’s dreams. It was lovely and it was running around kicking ass, that was great.

At the end of the episode, Bentley does escape. What can you say about where his journey goes from that point?
Jeremy Irvine: I think mostly for Bentley, and this is what I liked about the original Bourne films, he’s trying to work out — are they good guys or are they bad guys? With Bentley, he thinks he’s a good guy, and then discovers that maybe that’s not the case. Has he been allowed to escape? Was that all part of the plan from this sort of mind control program he’s been in? Has he been deliberately allowed to be sent back to the CIA? Is he now going to be used as a weapon against his own country? It’s a lot of his battle with that. He goes on this journey to try and make things right and discovers some pretty awful things along the way.

So it’s as much an internal struggle as it is external?
Jeremy Irvine: The thing that I enjoyed the most, and I’d say it’s more than the action, is the sort of psychological thriller side of it. Every actor loves doing action scenes. The reality of them is they’re great fun, but it’s a lot of time to film those big sequences. For me, the most enjoyable thing is just to have a scene where you have to create all the excitement of the action scene, but with just you and another actor in a room having to have a conversation. Those are the most rewarding scenes to shoot.

When Bentley being thrown back into the normal world, how is he going to handle coming back to it?
Jeremy Irvine: Well, it’s more about how other people handle him. I think the Cold War is a great time to set my storyline. Because it’s such a time of paranoia, especially amongst Americans and sort of between the East and West. For someone to come back from the other side — the Iron Curtain — he’s met with a lot of suspicions, which was a serious thing back then. You’re suspected of possibly being a double agent and that’s a serious thing. He’s got to sort of find a way of convincing his side that he’s still on that side.

You talked a little bit about the Cold War era in 1973. What’s that like for you being in that time period and having to establish that character then?
Jeremy Irvine: It’s great being somewhere like Budapest, which was under Soviet control until 1991. So really not that long ago. So filming that and filming it as Soviet-controlled Budapest and East Berlin was kind of great. Because you didn’t have to do much imagining. A lot of it is still there and it still looks the way that it did back then. So it’s very easy to sort of immerse yourself in that world actually. I’m a bit of a history nerd so I love all that stuff.

Why do you think there continues to be so much interest in the Bourne universe?
Jeremy Irvine: Well, I can only speak for myself, but for me, I grew up in the sort of Pierce Brosnan-James Bond era. And then Bourne came along and completely flipped that on its head. It completely went away from the sort of heightened drama of Bond and made it super visceral and super real and super grounded. I think we hold onto that in this. The fight sequences are kept as real as possible. Everything was shot live in front of the camera. We weren’t doing big fights in front of green screens and having your stunt double do most of it. We’re really doing it as much for real as you can. We had a lot of injuries. We had a lot of times it went wrong. But I think that’s what happens when you really push the envelope of what’s possible in action.

The premiere showed Petra in the present day. Is there any possibility that we could see Bentley in the present day?
Jeremy Irvine:  I don’t know. We’ll have to see if he survives. That was the funny thing while shooting. We were getting each episode at a time. I was going, “I’m sure he’s got to die. I’m sure he’s got to die.” And each episode I was waiting to see how I would die. But you’ll have to wait and see.