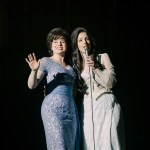 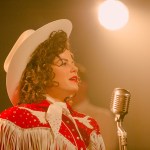 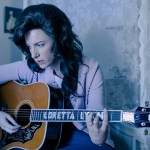 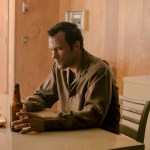 Patsy & Loretta premieres Oct. 19 and is based on the untold true story of the beautiful friendship between country icons Patsy Cline and Loretta Lynn. HollywoodLife sat down EXCLUSIVELY with Megan Hilty and Jessie Mueller about exploring these two incredible women. “I knew that her life ended tragically early in her life but I didn’t know anything about how tough her childhood was,” Megan told HollywoodLife at the Television Critics Association summer press tour. “I just fell madly in love with her the more I found about what she’d been through and how she’d persevered and turned it into something glorious.”

She continued: “I actually relate to her a lot more than I thought I would. I feel like from all of her actions it seemed like there was a very powerful drive inside of her that I feel as well. Whether or not I will be successful, it doesn’t matter, I’m going to do this so you can either help me or get out of my way kind of thing. In a kind way, of course, but I identify with having goals and going after them but also surrounding yourself with the greatest people along the way. And I think that’s exactly what she did.”

Jessie says she connects more with the woman she plays as well. “I am definitely more of a Loretta. I’ve got people around me pushing me and I’ll be kicking and screaming,” she said. Jessie also noted that she is in “awe” of what Patsy and Loretta were able to accomplish back then. “We get to do what we do because of the women who’ve done it. I think Patsy was so instrumental in Loretta and helping with her career and paving a path. I’m just sort of in awe. How the heck did they do that?”

The Lifetime biopic is also co-produced by Loretta’s daughter, Patsy Lynn Russell, and Patsy’s daughter, Julia Fudge. “The fact that they were co-producers meant that it was a blessing,” Jessie said. “It basically said we want this to happen. I wouldn’t want to touch something like this without that kind of a blessing because it’s just such precious stuff. These are people’s lives and these are people’s histories and family members and people they love. You really want to feel like you’re treating it with respect and doing it justice.”

Embodying Loretta Lynn was a process for Jessie. She admitted she felt “a little uneasy” after the first hair and makeup test. “The ladies in the hair and makeup trailer were so great. They said it’s going to take a minute because it’s so different from you. But also they were so open to what I thought. What we found I was so thrilled with and there would be days I would get in the trailer and I’d be like, “Oh, there she is.” Patsy & Loretta will air at 8 p.m. on Lifetime.