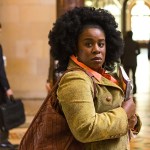 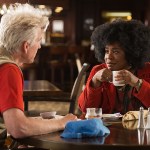 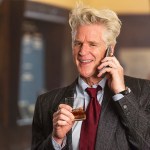 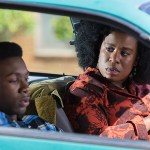 In his latest role Matthew Modine plays a jaded politician who’s spurred into action by a determined single mom. He tells HL why he hopes it will do the same for moviegoers.

Matthew Modine, 60, steps into his new movie, Miss Virginia, looking like a Washington D.C. dinosaur. With his wild, white hair in a disarray and his slightly disheveled appearance, he plays Congressman Clifford Williams, an eccentric politician who’s on the verge of being a cynic. Then he meets Virginia Walden Ford, a determined single mom who’s on a mission to get a better education for her teenage son and other low income, underprivileged kids.

Orange Is The New Black star Uzo Aduba plays the lead role in Miss Virginia, which is inspired by the true story of Walden Ford’s grassroots campaign that resulted in 2003’s D.C. School Choice Incentive Act. (The voucher program that helps provide private school scholarships for low income kids exists to this day.) It is this story of how one woman’s passion helped bring about real change that Matthew hopes will inspire viewers. In this EXCLUSIVE interview he tells HollywoodLife what he wants people to learn from Miss Virginia:

HollywoodLife: Miss Virginia is a very powerful story. What drew you to the project?

Matthew Modine: “I loved the idea of a character who’s given up, and in his case, kind of enjoyed a cocktail. And [he] meets, as I say in the script, a formidable person… and that she reinvigorates a spark that may have long, long ago been extinguished. Because I think that this can happen quite often in our lives that we want to do good. We aspire it to be better. And it’s just the system, the politics, life, horrible people can beat us down and you make us lose our sense of value and self-worth.

“And here’s a woman who’s coming from an impoverished community who wants to improve the life of her child and wants no more than that, and meets a man who was fighting the same fight but who had given up; a more privileged person. [She] makes him a better person. I think that’s a beautiful story.”

HL: Miss Virginia Walden Ford is a very inspiring woman. Were you given an opportunity to meet her during filming?

Matthew: “Not during filming. We met just recently in New York… She’s even more lovely than I imagined… She exudes a kind of confidence and humility that is so beautiful.”

HL: Why do you think this story is so important to tell now, and how do you think it will resonate with people?

Matthew: “Well, it’s a timeless story, a mother’s love for their child. The desire to improve upon the lives of your children. In a greater sense, not just your own children, but the children of your community, because you don’t have to be a mother to understand how important it is to provide opportunity and education to young people…

“There’s an African proverb that says, ‘If you want to go fast, go alone. If you want to go far, go together,’ and Miss Virginia Walden Ford understood that. And she didn’t just do this on her own. She knew that she needed a community of people to effect that positive change. I think the film illustrates that very clearly.”

HL: What do you want people to come away with after watching the film?

Matthew: “A sense that they personally, as an individual, have the power and the ability within their grasp to effect positive change in our community.” (Miss Virginia is available on iTunes and in select theaters from Oct. 18.)