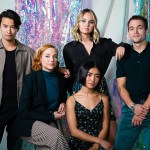 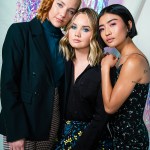 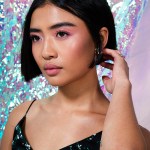 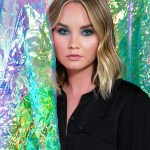 ‘Light As A Feather’ left fans with one heck of a cliffhanger at the end of season 2. HL sat down EXCLUSIVELY with the cast to talk about their hopes for the possible season 3, the incredible friendships they’ve created, and more.

When I met the  Light As A Feather cast, I could tell right away that they are close. This is more than just a job to them. While one cast member took photos in HollywoodLife’s New York City studio, the others playfully teased or cheered them on. Even though they had been with each other all day, they were happy to be around one another. In the midst of the paranormal elements of the Hulu series, the heart of Light As A Feather is about friendship and that carried over into real life. Liana Liberato, Brianne Tju, Haley Ramm, Jordan Rodrigues, and Dylan Sprayberry spoke EXCLUSIVELY with HollywoodLife about the bonds they’ve formed with each other on set over the course of the last two seasons.

“It’s scary when you sign onto a show because you don’t know who’s going to walk in with you or next to you,” Liana said. “We’ve really hit the jackpot — all of us. But it does help because I think that with us being such good friends, we’re all very good collaborators as well. So when we do get on set and, if something doesn’t make sense or we want to add something, because we like each other and we want to work together and create strong relationships on screen, I think it does benefit the show a lot that we all are friends.”

Brianne added, “Sometimes there are long days, sometimes you’re doing a stunt, or the weather’s really awful, but when you’re surrounded by really good people who are supportive, we have so much fun. That is so important on a show that can get as dark as ours. We hang out all the time. I adore these people and we’re just so lucky.”

The second half of season 2 featured so many shocking moments but none as jaw-dropping as the last few seconds of the finale. Violet went to a new school and seemed to be kickstarting the game with new people. But Violet’s not totally Violet. When she turned around in the mirror, Jenny appeared. Liana loved the ending of season 2 because it sets up a “future for the show. It’s cool to see where you could take that storyline.”

The cast also revealed what they loved most about their character arcs in season 2. “I was really excited for Alex, to explore another side of her,” Brianne said. “She lost a lot of friends in the first season, and so to have a new relationship in the second season was cool, and then the way it kind of changes on her is interesting. I think it tested her and brought her closer to other characters like Violet.” Despite everything that happened to McKenna, Liana admitted that she doesn’t “feel like McKenna changed much because she kept her integrity throughout the entire season.”

For Jordan, having Trey be a part of the game for the first time “brought another level of high stakes” and showed that “he would do anything for the people he loves.” When it came to Henry, Dylan was just glad that he was able to “get out of the box and shave that beard off.” Dylan brought up that he actually grew out his hair and his beard for the scene, but on the first day of filming, he learned that he was going to have to film a flashback scene so he had to cut his hair and shave his beard. Jordan joked, “He actually locked himself in a room for it.” Liana quipped, “He actually lived in a box for two months. We were worried.”

The season 2 finale set up a potential season 3 in a major way. The cast already has ideas of what they’d like to see in a third season. “I think it would be really interesting to explore the game from a perspective of people that got out,” Liana said. “There are different strands of the game, so it could live on within other groups of people, and I think it would be interesting for our group to try and help other groups.” Haley would want to continue to explore “the repercussions of this game and what it’s done to us.” She added, “I feel like in this second season I got what I wanted with Violet becoming friends with everyone and people forgave her. My hope for everyone is that they’re out of the game, but then we won’t have a show, you know? I hope that she just continues to play the good side.” Dylan revealed that he has a prediction that “Henry and Violet might have a thing.” Haley agreed with Dylan’s prediction as well. Honestly, I’d be here for it.

When it comes to Light As A Feather, anything is possible. The first two seasons are now streaming on Hulu.