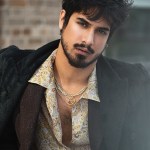 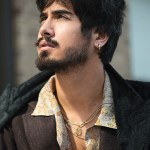 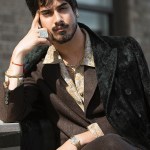 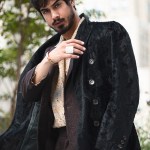 Avan Jogia is now a first-time author. He published his first book, Mixed Feelings, on Sept. 17. The book is a mixture of poems and stories about people of mixed race who are sharing their stories of identity. HollywoodLife sat down with Avan to talk about the journey of publishing his first book. He revealed that the people featured in Mixed Feelings were all found online. “The great thing about living in the internet age is the access that we have to each other,” Avan said. “Usually, we don’t use it for any level of good. Usually, it’s people trolling each other, but the good thing about it is you can contact people who are like-minded or share a similar experience. I literally put out that I wanted to talk to mixed kids and waited to see who responded. We had an email set up and people would email in and I would email back and forth with the stories that I thought were interesting for the book. We just went from there. It grew into this communal experience that me and the audience had, which is cool. I mean, that’s how you want anything to happen, organically and have a communal experience with them.”

He also talked about his process of completing his book, which featured gorgeous imagery created by Avan. He said the book was “done in stages” and it was “cathartic” for him when it was finished. “I’m the kind of artist that works in a maelstrom of sound and fury,” he continued. “If there’s a deadline, then I’m not touching it until two weeks before the deadline. You won’t see me for two weeks. I think that’s how most people operate. That’s why deadlines are important. We did it in three really heavy stages. So I made all the art and I read all the poems. That really kept me motivated.”

Avan did admit that “being my own boss” was the biggest challenge for him throughout this experience. He noted that “nothing” about Mixed Feelings is edited. “There’s nothing that I didn’t include in the book. It’s incredibly personal,” he said. You can feel that on every single page of Mixed Feelings. In the midst of this social media era where “everyone’s got a manicured version of themselves,” Avan didn’t want that to be the case with his book. He included poems that he wrote along with the personal stories from the people he connected with online. “Poetry for me is about being vulnerable and open and exposing yourself to the audience as who you really are,” Avan said. “Whether that’s someone who’s not vulnerable and not open, fine. But it’s about being honest. And I just wanted to be honest. There are poems in there that I thought about not including, but I guess the most challenging thing about this was reminding yourself that in my vulnerability in being open, I can maybe inspire somebody else to do the same about themselves.”

In addition to his book and his book tour, Avan is thinking about expanding the message of Mixed Feelings. “I might have a record coming out that’s relating to this book,” he told HollywoodLife. “The message is so important to me that I don’t think that I want to limit myself by medium. If someone doesn’t like reading, I want to get this message through their ears.”

Avan is also starring in the highly-anticipated Zombieland sequel, Zombieland: Double Tap. He plays Berkeley, a free-spirited survivor who crosses paths with Abigail Breslin’s Little Rock. Avan opened up about the audition process for the role. “It’s funny, the producer of Zombieland hilariously is the producer of Twisted,” Avan revealed. “He was like, ‘I got this part, so come and audition for it.’ I auditioned with all the thousands of people who were auditioning for that part. He [Berkeley] plays guitar. I was able to perform these comedy songs. Berkeley covers famous songs and tries to make out like he wrote them. Because it’s the apocalypse and there’s no Google, who’s going to fact-check him? He does that to try to woo Abigail Breslin’s character. And then gets yelled at by Woody Harrelson. It was a fun gig.” Being able to dive into comedy and work with the cast was a great opportunity for Avan. “It was really cool to work with them and riff off them,” Avan said. “I love comedy. Comedy is great. It’s very hard, though. It’s either funny or not funny, but I do like the environment of riffing with people and trying to create an environment for humor to come out of. Maybe humor never comes out of it, but hopefully we’ve done that.” Zombieland: Double Tap will hit theaters on Oct. 18.