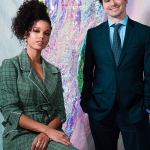 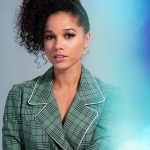 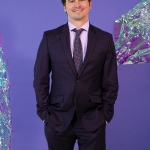 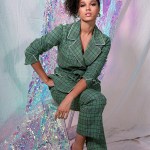 ‘Raising Dion’ is currently streaming on Netflix and is one of the best new shows of the fall. HL spoke EXCLUSIVELY with Alisha Wainwright and Jason Ritter about that finale, Nicole’s journey, and more.

What would you do if you found out your son had superpowers? That’s what Raising Dion explores and so much more. Alisha Wainwright plays Nicole, a widow who discovers her young son, Dion (Ja’Siah Young), has superpowers that no one can explain. Nicole’s friend, Pat (Jason Ritter), finds out early on about Dion’s abilities and seeks to help Nicole and Dion. However, darkness looms over them as an unexplained force, dubbed the Crooked Man by Dion, attempts to get its hands on Dion.

HollywoodLife sat down EXCLUSIVELY with Alisha and Jason to talk about the show and what stood out to them about this project. “I loved the idea that the story followed a black family and it was in a positive light,” Alisha told HollywoodLife. “Even though it’s a single-parent household and she’s trying to balance the struggles of raising a kid, she’s strong and always looking out for how to make life positive for her kid. I think that was something that any mother would want to strive towards. Beyond that, you have this added element of her kid who has superpowers. So now it’s just more heightened. I think you’ve got the essence of her willingness to be fun and hopeful for her kid right off the bat. When I read it, I was just like, I don’t know the personal experience of being a mother, but I find her so relatable in just wanting to do your best. That’s what I loved about her.”

Jason noted that Raising Dion had his “favorite things all rolled into one show.” He continued: “It was a story that I hadn’t seen very much before. Ever. I had never seen anything like it before and I thought it was beautiful and Carol [Barbee] told me about Pat’s journey. I was like, “Oh, this is fascinating.” I felt like one of the things that the series does is sort of let you sort of discover it for yourself, you know? One of the things I liked about Pat is I think throughout the series, even though I have complicated, conflicting feelings about him throughout the show, I love that over the course of the whole show, you don’t know really where anything is heading — if she’s going to end up with somebody or if not, or if she’s still sort of too wounded about Mark, and then the whole mystery element. It was like a lot of my favorite things all rolled into one show.”

The end of the season featured a bombshell twist — Pat, Nicole and Mark’s lovable friend and Dion’s mentor, is The Crooked Man. Like Nicole’s husband and Dion’s father, Mark, Pat was at the aurora event in Iceland that gave Mark and more individuals superpowers. Mark then passed those powers onto Dion. Instead of gaining superpowers like Mark the others, Pat’s exposure in Iceland made him sick. He began using the storm powers that he had to absorb those at the aurora event, including Mark, to relieve his symptoms. While Pat seemed harmless for nearly the entire series, he was the enemy the entire time. Jason talked about that game-changing twist and admitted he knew from the start about Pat’s journey.

“One of the beautiful things about this show that I had never experienced before is that we had all 9 episodes before we even started shooting the first one, so we all knew exactly what the story was,” Jason said. “That creates its own challenges because you’re trying not to telegraph anything. But at the same time, it’s nice to have it in your mind, what’s going on behind the scenes, what’s not being shown. Even still, I was surprised. I was like, ‘Oh wow, this gets really, really dark.’ He starts out just sort of spinning out like we all kind of spin out a little bit, and you’re like, ‘Oh, I’ll get it together.’ Then it really takes a turn and gets scary.”

Raising Dion also explored Nicole’s grieving process. The loss of Mark was always present as Nicole raised Dion alone. There were a number of times where Nicole would watch a video message of Mark or have time to herself to let memories of Mark wash over her. “Grief is kind of like a slow-healing wound,” Alisha said. “It never quite closes and it’s sensitive. Years have passed since his death, but she’s seeing her husband in her child and she’s seeing these incredible milestones that he makes and his father’s not there to see them. It’s to the point where Dion doesn’t even really remember his dad, which is so sad. When you go to start a family and you think it’s going to be this co-parenting unit to having to do it by yourself, it’s jarring and sometimes it doesn’t feel fair. When she has that phone conversation with his video by herself, she’s just angry and sad. Like, where were you? Because you should be alive right now and watching your kid have a birthday. I experienced a loss as I’m sure many people have. Fortunately, it wasn’t someone who is as close to me as a husband, but I know what grief is like. I can understand how it takes a little bit of the joy out of the joy so it kind of hurts a little bit. I think that’s what I found really captured some of the grief for me. It’s okay to feel the sadness and the joy and sometimes she can’t hide it. Dion notices constantly that she’s unhappy and people say she’s sad and she’s dealing with stuff.  As much as you try and be upbeat, you can’t completely mask everything from your children.”

The season 1 finale leaves it wide open for more. Pat was seemingly defeated — for now — but the storm inside of him took on another host. Mark warned Nicole that the fight isn’t over and Dion needs to be prepared or what’s next. HollywoodLife asked Alisha where she’d like to see Nicole go in a potential season 2. “I think at the end of season 1 she finds her strength. I would love to see what someone who feels strong does,” Alisha said. “Maybe she becomes a little more enthusiastic about Dion’s powers. Maybe she becomes a little more able to let go, but she could also be even more of a fierce protector. I don’t know. I hope she expands her dancing. I would love to see what it feels like when she has that full confidence to really push through and be her best.”