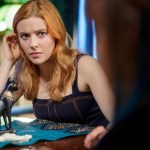 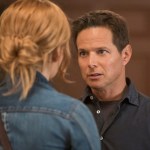 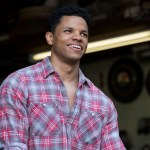 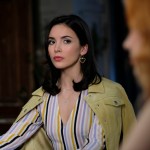 ‘Nancy Drew’ makes its highly-anticipated debut on Oct. 9. HL sat down EXCLUSIVELY with the creator and showrunner to talk about casting Kennedy McMann, Nancy’s journey in the first season, and more.

Your favorite super sleuth is coming to TV. Nancy Drew premieres Oct. 9 on The CW. Kennedy McMann stars as the brilliant teenage detective who is known for solving mysteries in her hometown of Horseshoe Bay, Maine. However, when her mother passes away, Nancy’s plans for college and her motivation for mystery-solving is diminished. But when a socialite is murdered, Nancy becomes a prime suspect, along with other members of the Drew Crew. HollywoodLife spoke EXCLUSIVELY with creator Noga Landau and showrunner Melinda Hsu Taylor at the Television Critics Association summer press tour about season 1 and what made Kennedy the perfect Nancy Drew.

“I’d say we had 4,000 auditions submitted via tape and ways all over the world,” Melinda told HollywoodLife. “All over the world people are sending me tapes and we got it down to about 6 or 8 finalists who all showed up at CBS Studios, and it was really an honor to see all these young women. Their whole week had been about getting ready for this audition. They were all great in different ways, but when watching the tapes, suddenly Kennedy stood out because she had this kind of self-possessed comfort in her own skin. She’s really smart, very sophisticated, very emotionally aware, could go toe-to-toe with anyone else and didn’t seem like she had a problem asserting herself, but you would never find it abrasive.”

In the wake of her mother’s death, Nancy’s relationship with her father, Carson, is complicated. “The idea with Nancy and Carson is that these are two characters who work so well together when they’re actually getting along,” Noga said. “They are the beating heart of the show. And so when that heart is broken, as it is in the beginning of the show, it’s a really long and complicated journey to fix it back up, and that’s a lot of what Nancy’s emotional journey in the first season is going to be about.” She added, “They’ve just suffered pretty much the worst tragedy they could have which is losing Nancy’s mom and Carson’s wife and so it just didn’t go well. And a lot of what we unpack in the first season is why.”

In addition to Nancy and Carson, there are a number of notable characters from the classic book series. As the season progresses, Melinda teased that we get “lots of time” with the supporting characters. “Each of those actors is so terrific in their own way and it’s a really good dinner party blend of different kinds of personalities and strengths and skills. It’s so fun,” she continued.

The Hardy Boys are prominent characters in the Nancy Drew universe and HollywoodLife asked whether or not we’d see those sleuths show up on The CW series. “There is a possibility,” Noga revealed. Melinda added, “We’re looking into the rights.” Nancy Drew airs Wednesdays at 9 p.m. on The CW.