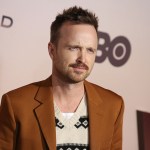 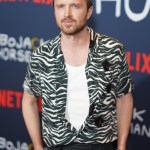 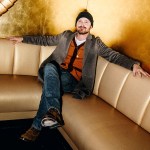 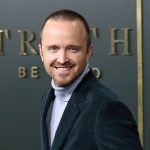 When and if Jesse Pinkman rides off into the sunset in ‘El Camino,’ will this be the last time fans see their beloved ‘Breaking Bad’ characters? Aaron Paul talks EXCLUSIVELY with us about if this is the ‘end’ of the story or not.

Ever since Sept. 29, 2013, Breaking Bad fans have been wondering, “what happened to Jessie Pinkman after he drove off in Todd’s El Camino?” All will (hopefully) be revealed when El Camino: A Breaking Bad Movie hits Netflix on Oct. 11. While the movie aims to show, as Aaron Paul tells HollywoodLife EXCLUSIVELY, the “end of Jessie’s journey,” will this be it for Breaking Bad fans? Sure, Better Call Saul has been renewed for a fifth season, but is El Camino the last time they’ll see of these beloved characters – or the start of something bigger? Aaron chatted with HollywoodLife at El Camino’s Los Angeles premiere on Oct. 7, and he spoke about the possibility of this flick being the start of a “Breaking Bad Universe.”

Hollywood Life: Do you think this is the end of Jesse’s journey?

Aaron Paul: I think so. Yeah.

Is there a chance we’ll get more movies or a TV sequel down the line?

I mean, who knows? I thought I said goodbye to this guy so long ago, and here we are. I definitely plan on working with [series creator] Vince Gilligan again in the future, whether it’s in the Breaking Bad universe, who’s to say? But I doubt it.

You said you’d walk through fire for Vince. Is there one storyline that you just wouldn’t do?

Honestly, if it’s Vince telling the story, no. That’s how much I believe in him. He’s not going to do me wrong. He’s not going to do himself wrong. He doesn’t have to tell these stories. If it’s an itch that he needs to scratch, he’s going to scratch it. And so here we are six years later, and I’m so unbelievably proud of his film. And I think anybody that’s a fan of this show is going to be a huge fan of this film.

El Camino picks up in the moments after the Breaking Bad finale. [SPOILER ALERT] Walter White (Bryan Cranston) has decimated Jack Welker’s (Michael Bowen) white supremacist gang in an attack that supposedly left the former “Heisenberg” drug kingpin fatally wounded. Jessie fled the scene in the stolen titular El Camino, and that was it for six years before the El Camino trailer dropped at the end of September. The trailer didn’t reveal too much of the plot, according to Deadline, as it just shows Jessie “stalking, ducking, brooding and seething, aiming his pistol and plotting his course.” At the end of the trailer, there is a “familiar voice” that asks Jessie, “You ready?” Jessie’s reply? “Yeah.”