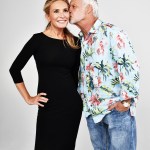 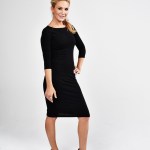 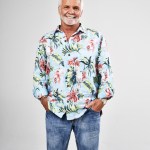 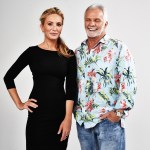 It’s hot on the high seas! ‘Below Deck’ is setting sail for its seventh season on Oct. 7 and HollywoodLife got an EXCLUSIVE interview with Kate Chastain and Lee Rosbach and learned who in the new crew was, ‘full of surprises.’

Kate Chastain and Captain Lee Rosbach are going overboard on details about Below Deck‘s new season, as the show heads to Thailand for the very first time! The hot and dramatic setting served as the perfect backdrop for the new batch of episodes, even turning up the heat on the yacht. “I think it’s our hottest crew ever,” Kate confessed of the new yachties, including deckhand Tanner Sterback, second stew Simone Mashile, chef Kevin Dobson, third stew Courtney Skippon, and lead deckhand Brian de Saint Pern. And the attractive new crew isn’t all looks, as Kate revealed, “The deck crew was strong this year.” With seven seasons under her belt, that’s definitely high praise from the reality star! Rounding out the crew are returning members Kate, Lee, and Ashton Pienaar. Yet, even with the three veterans added into the mix, that didn’t stop any of the drama from stirring up.

When it came to the personalities assembled on deck, Kate and Captain Lee got real, sharing how there were a number of strong personalities. “And that’s never a good thing,” Captain Lee pointed out. “Yeah, we’ve got a few. I think it was actually a difficult season for me for a lot of the personality reasons that were on board,” Kate revealed. After a number of years on the show, Kate’s had her fair share of drama with the other yachties. But season seven’s crew was so intense that there were parts of the excursion she completely blocked out! “There was just so much drama,” she continued. “Watching the trailer back, I was like, “Oh, I forgot that happened. Oh, I forgot that happened.” Even as an experience captain who has seen it all from odd requests by guests to rough and tough times on the deck with his crew, he admitted that this group, in particular, was tough. “And some of the people, some of the drama was caused inadvertently.”

One such problematic personality was this year’s chef, Kevin Dobson. “The chef, that’s always a big conversation piece,” Kate shared. Even Lee revealed that when Kevin started he wasn’t really impressed. “He wasn’t performing up to his abilities,” he shared. “He was, and then he wasn’t,” Kate interjected, noting the kind of topsy turvy character he was. “I just never knew what to expect from him at any time. Personality, chef-wise, he was just full of surprises, and the only thing that wasn’t surprising was that he was nuts, but just like every other chef. It was just like a different flavor of crazy.” Yikes!

But through all the drama on deck, Kate and Captain Lee are very proud of the ship they run. “I think that I’m proud that we’re the original,” Kate shared on the series’ legacy and standards. “Yachting in general is just like, be the best and then be better than that best.” With a completely new cast and destination, fans will get to see if the seventh season of Below Deck is the best so far when it returns! If you’re still having doubts about the new season, Kate summed it up perfectly, saying the latest batch of episodes of the original series is, “Hot and dramatic.”