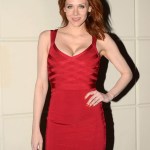 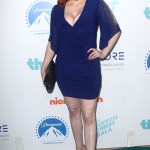 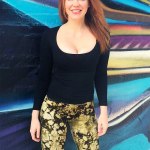 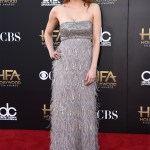 1. Maitland Ward is an American actress, model and porn actress from Long beach, California. — Born Ashley Maitland Welkos on February 3, 1977, Maitland made her acting debut on the soap opera, Bold and the Beautiful in 1994 when she was 16. She had a two-year stint on the show. Maitland went on to guest star on shows such as USA High, Rules of Engagement, and the seventh season of ABC’s Home Improvement. She also co-starred alongside Mario Lopez in the 1997 television film Killing Mr. Griffin. Maitland landed a main role on Boy Meets World in 1998 at the beginning of the show’s sixth season. She remained a series regular until it ended in 2000. After that, Maitland appeared in the independent film Dish Dogs, and the 2004 comedy White Chicks with Shawn and Marlon Wayans. Maitland was also a member of Sigma Kappa Sorority at Cal State Long Beach, according to her IMDB bio.

“I really got to set myself free with this and really express myself in a way that I haven’t done before,” she explained. “I don’t think my fans have seen me like this before — really, they haven’t. It’s just very deep sensuality, and I think that is a really fun way to play an explorer, and I got to do things that I wouldn’t have thought in the past. Just these sexual situations that are sort of taboo.”

“I was just floored when Kayden [Kross], the film’s director] came to me. I was like, ‘Wow, this is the kind of stuff that I want to do.’” Maitland said. “Because I think it can be more mainstream, where people can enjoy the script and enjoy what is going on and is like, ‘Wow, this is a really hot sexual situation.’”

4. She still keeps in contact with one of her ‘Boy Meets World’ co-stars. — Fans of the show will be happy to hear that Maitland is still connected with Trina McGee, who played Angela Moore. Their characters were best friends on the show. “Trina is really great,” Maitland told In Touch. “I talk to people off and on. It’s not like we are together all of the time, but we all had a really good relationship, and it was a really smooth running show,” she explained, adding, “It was like a culmination of such a beautiful show and such wonderful memories, and I just remember how affected everyone was at the end, and it was just special to be a part of.”

5. Maitland is married. — The actress married John Terry Baxter, a Beverly Hills real estate agent, on October 21, 2006. After they wed, the couple moved to New York for two years, where Maitland studied writing and screenwriting at New York University. Maitland and John now reside in California.