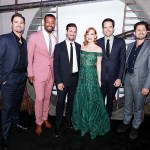 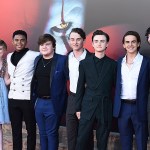 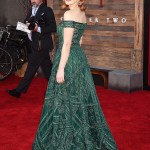 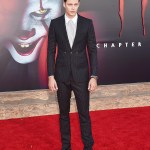 The animated series ‘The Last Kids On Earth’ is now streaming on Netflix and HollywoodLife spoke EXCLUSIVELY with star Nick Wolfhard about the show, being a voice actor, and his future goals.

Animation is all the rage and The Last Kids on Earth deserves your attention. Nick Wolfhard, 21, is the voice of Jack Sullivan in the Netflix animated series The Last Kids on Earth, which is based on the New York Times bestselling book series. The show follows 13-year-old Jack and a band of suburban middle schoolers who live in a decked-out treehouse, play video games, gorge themselves on candy, and battle zombies in the aftermath of the monster apocalypse. HollywoodLife spoke EXCLUSIVELY with Nick about his exciting series.

“The first thing you will love first is the animation,” Nick told HollywoodLife at the It: Chapter 2 Los Angeles premiere. “That is what will strike you first. It is fantastic. It is so fluid. There is great 3D camera work that flows through the characters and the shading is fantastic and the comedy is really funny. It is a fantastic visual comedy that goes along with it and it has great drama and a great cast — Mark Hamill, Rosario Dawson, Bruce Campbell, Catherine O’Hara, and Keith David are the big ones we got!”

Nick, whose brother is Stranger Things star Finn Wolfhard, 16, revealed it’s like voicing a role in a studio rather than being in front of the camera. “The main difference is you have to emote a lot more,” Nick continued. “It’s a lot like on-camera acting except people can’t see your face so you obviously really have to get into the character, and usually what is great about it is that you can wear whatever you want for a 4-hour session and you come out super satisfied!”

The 21-year-old also opened up about his goals for his career. “I would very much like to head into the Los Angeles voice industry,” Nick told HollywoodLife. “Right now I am in Vancouver working on my O1 and I am meeting a lot of American voice actors in this area and they are all super cool and I can’t wait to work with them! Tremendous possibilities ahead!” The Last Kids on Earth is currently streaming on Netflix.