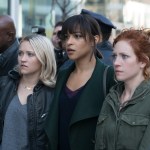 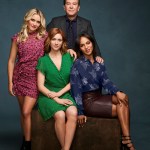 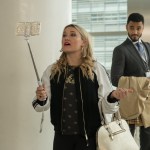 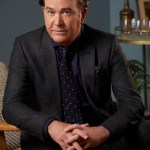 Can you imagine thinking you were an only child and then suddenly finding out you may have 100 secret siblings?  ‘Almost Family’ TV show’s, Annie Weisman, explores the hilarious and dramatic consequences and tells us all about it.

In Almost Family, an engaging new comedy, premiering on FOX tonight, Oct. 2, the only daughter of a renowned fertility doctor, discovers that he may have fathered up to 100 offspring using his own sperm with his unsuspecting patients.

While Timothy Hutton plays the doctor who turns the life of his daughter, played by Brittany Snow, upside down, you might say the mother of this new TV show is the series developer, executive producer and writer, Annie Weisman.

So where did Weisman, who was one of Hollywoodlife’s RepresentHER 2019 awardees, get the idea for this extremely topical series? “I’d wanted to do a show about sisters, but I also heard that Fox wanted to do a show based on genetic testing and 23andMe. I thought it was really new and I felt it was unexplored terrain for a family show and very zeitgeisty,” Weisman told HollywoodLife in an exclusive interview. “The show takes a cutting edge doctor in the area of fertility who decided it was easier to use his own sperm for patients (with fertility problems), because there were sperm storage issues and he wanted success every time.”

As a result of this decision by the fertility expert in the show, called Dr. Leon Bechley, he is exposed and accused of sexual assault by one of his former patients, as the series begins. His only daughter, Julia, makes the shocking discovery that she may have a hundred or more half siblings.

As you can imagine, the possibilities for comedy, drama, laughs and tears, is high as Weisman has ‘fertile’ territory. The situation is also believable. An Indiana fertility doctor, Donald Cline, was confirmed to have fathered at least 48 children in the 1970s and 80s using his own sperm, according to The Atlantic. A Dutch doctor, Jan Karbaat, who died in 1989, is feared to have fathered up to 200 children with his own sperm, reports The Guardian and a fertility doctor in Canada, Norman Barwin, has been reprimanded for inseminating at least 11 women with his sperm.

In Almost Family, which debuts at 9 pm on Fox , Weisman examines the relationship between Leon and his devastated daughter Julia. Leon “has to go from being infallible, doctors in general have these God complexes, but especially fertility doctors because they are creating life, but now he’s having a fall from grace in front of Julia, who has revered him,” explains Weisman. Meanwhile, Julia also has to come to terms with two new “sisters,” Edie (Megan Echikunwoke) and Roxy (Emily Osment), and while still developing relationships with them, she meets siblings in almost every new episode. “It really gets into how many perspectives there are on what family really is,” points out Weisman.

Fo the show’s producer, Almost Family is hardly her first rodeo. Annie Weisman has co-executive produced and written many TV episodes for I Feel Bad, About A Boy, The Path, Eastwick, and Desperate Housewives.

She admits that the infamously busybody women of Desperate Housewives — Susan, Gabby, Lynette, and Bree — weren’t exactly the most admirable characters as they schemed, competed and even committed and covered up a murder. So why did audiences love them nevertheless? “It’s the flawed characters that people fall in love with the most…They may make bad decisions and do bad things, but they still are loyal to each other. They have a bond of love,” Weisman says when explaining why audiences didn’t just tolerate the often nasty and even illegal antics of the housewives–“They couldn’t get enough of watching them.”

As for how Weisman, who is based in LA, got her start in the tough-to-break-into world of entertainment — she first began by writing plays before transitioning into TV. She loves telling “stories,” especially now on Almost Family, in which Julia discovers she has siblings of all different racial backgrounds and sexual orientations. Weisman says she has a diverse writing staff that includes two writers of color and two gay writers.

Her work days are demanding and can be long, but the mom of two young girls, 11 and 8, credits a “very supportive husband” who works in “post production,” who is “juggling along with me,” for providing support. “There are compromises–my kids would love to have me around all the time, but it’s important to “role model for them,” she advises other women, who are combining a career and family, or are hoping to. “I think it’s important for them to see that I have decision-making power. Nevertheless, it’s still heartbreaking at times–I do miss things.”

Check out Almost Family on Fox, premiering October 2 at 9 ET.