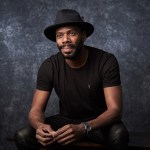 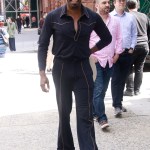 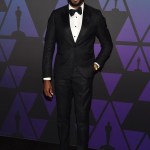 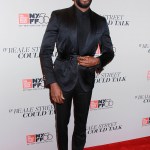 From ‘Fear the Walking Dead’ to ‘Lucy In The Sky’ to ‘Nothingman,’ Colman Domingo is consistently creating. HL spoke with Colman about his projects, working with ‘geniuses,’ and more.

Colman Domingo is having an incredible year. The fifth season of Fear the Walking Dead premiered in June 2019 and his powerful short film, Nothingman, was released in Aug. 2019. He recurred on the hit HBO series Euphoria and stars in Noah Hawley’s feature directorial debut, Lucy In The Sky, which also stars Natalie Portman and Jon Hamm. To top it all off, he’s been filming the Candyman reboot, which will be released in 2020.

HollywoodLife talked EXCLUSIVELY with Colman about his role in Nothingman. He plays Otis, a homeless alcoholic living on Skid Row who begins to solve crimes for those living on the streets. Colman said that this role allowed him to “actually be a part of shaping who this human being is.” He noted that this project falls in line with his previous work that raises the “consciousness of humanity as a way for us to help each other heal.” He discussed working with Sam Levinson again on Euphoria and the possibility of Ali to return in season 2. Colman also raved about working alongside Noah and Natalie in Lucy In The Sky. See our full Q&A below.

What drew you to your role in Nothingman?
Colman Domingo: The co-writers and directors, Eli Kooris and Joshua Shaffer, they sent me a message and it was just so kind and thoughtful. I’m very interested in helping, especially emerging writers and directors, be a part of their vision. I think it’s something that is worthwhile. I thought the idea of taking a homeless character and going into some details of his past, but also having a different slant on it. So it’s not that very special film about homelessness, but it’s taking a man who happens to be homeless, who’s actually in the crossroads in his life, but he still has agency in the world. He used to be a private investigator and he’s still working for his community now, which is the homeless community and solving some crimes or lost items, you name it. He gives himself up in the day to actually get out there in the world and goes back into the depths where he feels that he belongs. You’ll find out there’s a tragic secret and why you feel like he’s fallen off the grid and has become an alcoholic and possibly a drug user. But the slant of it is not pulpy. He becomes sort of a superhero in a way. I thought that that was such an interesting short film, and we also did it sort of as a backdoor pilot and also possible film. But it’s a nice slice of a day in the life of this man that I thought was unique. I couldn’t think of a film where I saw a homeless man in the center of his own story. So that was fascinating.

As you were filming this short film and getting into that character, how would you say this project will impact you going forward in your career and how you approach characters?
Colman Domingo: This film allowed me to actually do what I do best, to really deeply involve myself in the role of collaborator. To not just take the script and interpret it, but to actually be a part of shaping who this human being is. So we do research by going down into downtown LA, Skid Row, walk around a bunch, and do the things I guess that I realized that I actually did do. You realize how invisible the homeless population is. How people just walk by. The juxtaposition of extreme wealth and poverty goes hand in hand and I wanted to be part of telling that story. It still has an impact on me to be a part of it, to see how I can be a part of some change, to actually look at what we’re doing for our communities when it comes to health and reform. So I’ve taken more of an interest in that. So I think it has impacted me, and in a way because it’s also part of my own personal mission to be a part of film or television or theater that affects some sort of change. It falls in line with the film work that I’ve been doing, whether it’s something like Selma or Birth of a Nation, where I feel like we can raise the consciousness of humanity as a way for us to help each other heal, help each other care for one another. That’s very important to me.

Lucy in the Sky is the movie that everyone is talking about right now. It’s Noah Hawley’s feature directorial debut. What can we expect from this film?
Colman Domingo: Just reading the script, I thought I’d never read anything like it. I thought it was really getting into the interior life of someone who’s come back from space and is trying to readjust in her own life. I think it’s such a great metaphor for many people in a way. Once you go to the mountain top, coming back down is probably kind of hard. I loved Noah Hawley’s take on it. It’s really humanizing this woman, who is based on a real woman who’s gone through these tragic events and trying to find herself and redefine herself. Natalie Portman, I’m telling you, she’s one of the most powerful actresses working today. Most of my scenes were with her since I play her boss in many ways, and I just gave it all to her. I think you could read in articles or stories about this woman who it was based on. You would think this woman was just crazy. But you know, there’s such humanity given to this woman on her journey. You have some empathy for her as well. I thought that that’s what Noah Hawley, Natalie, and the cast and crew and our producers tried to do.

The performances are great and the visuals are also just stunning.
Colman Domingo: I think the man is kind of a genius. As a creative, he’s very quiet. He knows what he’s interested in and he’s got a grace to him and a sly sense of humor. But you know that he’s got a big picture in his mind of how this universe operates and you just want to be a part of it.

You were also in Euphoria this summer, which is one of my favorite new shows. You got the chance to collaborate with Sam Levinson again. What was that like?
Colman Domingo: I’ve been getting my lucky share of working with geniuses lately, I’ll tell you that much. Sam and I, we met one night when I was actually doing the Sundance Film Festival for Birth of a Nation, and we met at an after-party and we just hit it off immediately. I swear we talked for two hours there, and we were interested in working with each other and being part of each other’s creative worlds. So he cast me in Assassination Nation. He’s also the kind of collaborator who says, “Colman, this is the monologue I wrote for your character. What are you thinking? Is there anything missing there?” He would even hand me the pen and say, “Okay, give it a shot.” He’s that kind of a collaborator. I think that’s what I gravitate towards. Someone who wants me to have agency in the work that I’m doing and who says, “Hey, I’ve created this world and I want you to help me to have ownership in this world and create something that feels really viscerally connected to you.” So that’s what we did. That’s what we did when he put me in Euphoria. He wrote that role of Ali for me based on a man who helped him with his sobriety. I knew that it was very close to him. We talked and collaborated on that and we really, really made it happen. I shot those episodes within two days because I was in the middle of shooting Fear and can’t disrupt Fear the Walking Dead schedule. We made it happen because it was important to both of us to be part of that world and telling those stories and humanizing those people.

Would you want to bring back that character? Because I think he was really great for Rue.
Colman Domingo: Oh, I would love to. I would love to. I’m hoping that’s happening in season 2. I know so much more about the character. I think that there’s a lot more story to tell.

You directed your second episode of Fear the Walking Dead earlier this summer. Would you want to do that again? Would you ever want to do a film?
Colman Domingo: Me and the showrunners were talking about me directing a couple of episodes next season. I’m really interested in at least getting out there and start directing for other television shows. I’m really fascinated with television because I think Fear is like its own small film. It’s an hour-long film. I’m interested in not only Fear, but I’m interested in Mayans or shows on FX and Showtime, you name it. I just want to get out there really and work with different teams and see about how we create story.