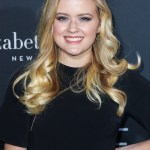 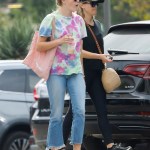 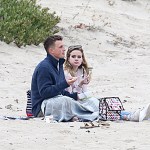 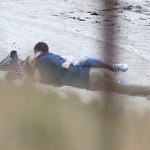 Reese Witherspoon and her daughter, Ava Phillippe, turned heads on a recent breakfast date — because they look practically identical!

Are we seeing double? Reese Witherspoon headed out for a casual day on September 23 with her 20-year-old daughter, Ava Phillippe, and they have never looked more alike. The mom and daughter duo were spotted heading to breakfast together in Malibu as Reese, 42, took a break from The Morning Show‘s promo tour. Both women dressed down for the occasion, with Ava wearing a worn-in tie-dye tee, cropped jeans with a slight flare, and white sneakers. She had her hair in a bun, and rocked a pair of tinted aviator sunglasses, too. Reese tried to go incognito in an all-black outfit: baseball cap, oversized shades, yoga pants, running shoes, and a roomy tee.

This is far from the only time that Ava has been compared to her movie star mother. The Legally Blonde actress posted a cute photo on Instagram to mark her daughter’s birthday that highlighted their similarities. Seriously; Ava even looked identical to Reese when she was a toddler! Ava shined on the red carpet for the Big Little Lies premiere in a sparkly, black minidress. And posing next to Reese proved that she’s basically the second coming. Ava is probably used to being compared to her mother constantly by now, but one thing definitely caught her off guard: fans saying her boyfriend, Owen Mahoney, looks just like her father, Ryan Phillippe.

The UC Berkeley student responded to the hubbub (in so many words) when she posted a photo of herself and Owen cuddling up at the Hollywood Forever Cemetery. The comments section was filled with fans saying that Owen’s the spitting image of Ryan. One of Ava’s friends commented, though, “He does not look like your dad,” to which Ava replied, “big thx.”

Her fans really do have a point, especially since Ava’s her mother’s mini-me. Their date night pic looks like it could have been Reese and Ryan back in the 90s!