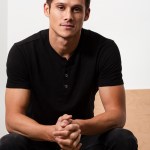 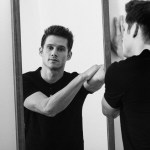 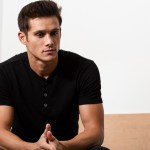 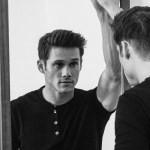 ’13 Reasons Why’ star Timothy Granaderos opened up to HollywoodLife EXCLUSIVELY about Monty’s shocking death, what the show has meant to him, and more.

The season 3 finale of 13 Reasons Why featured yet another shocking twist: the death of Montgomery de la Cruz. After being sent to prison on charges of sexual assault, it was revealed that Monty was found dead in his cell. The third season began to peel back the layers on Monty for the first time. For the first two seasons, the character was one of the show’s main antagonists and committed a horrifying assault against Tyler in the season 2 finale. In season 3, fans found out Monty was closeted and, on the night Bryce was killed, Monty had spent the night with Winston, the guy he had previously hooked up with and then subsequently beat up. The final moments of the finale dropped that bombshell that Ani framed Monty for Bryce’s murder.

HollywoodLife sat down with Timothy Granaderos to talk about his reaction to Monty’s fate. He said it was a “tragic ending” to his story since Monty “had just become a little more open with himself” for the first time. Timothy opened up about how he feels about the character he’s played for 3 seasons. As for a season 4 appearance, Timothy is down if it “furthered the telling of Monty’s story.” The actor also discussed the impact of 13 Reasons Why and what it has meant to him.

When did you know that Monty was going to be killed at the end of the season?
Timothy Granaderos: I didn’t find out that Monty was going to die until the final third of the season. Our showrunner, Brian Yorkey, tells us what we need to know on a need to know basis. I found out not many people on my cast knew, so it was kind of a shocker to all of us.

I feel like sometimes if you know way beforehand, it could influence how you approach certain scenes.
Timothy Granaderos: That’s part of the reason they don’t tell us until we need to know because they don’t want it to alter your preparation. That’s not something I need to necessarily be aware of until it happened. It was a shocker, though. The funny thing is, going into it, I just didn’t have the foresight to figure out how it was all going to come together. And how the season was going to wrap up. Once I was told that I was kind of at the central part of the narrative and then seeing it all kind of come on Monty, it was just a shock.

Monty did a lot of terrible things, so how did you feel about his death? Because people have said, “Oh, he deserved it,” but he’s still a human being.
Timothy Granaderos: Well, that’s the thing! It honestly just made me sad because there was so much more to unpack and explore. He had just become a little more open with himself I think for the first time. It’s just a tragic ending to his story. That line, in particular, where Winston says, “He was a human being.” That left me hurt.

It was really heartbreaking because, despite the fact that he’s done terrible things, he doesn’t deserve to get framed for a murder he didn’t commit.
Timothy Granaderos: I know. That’s the thing. None of the things he did in the past couple of seasons were redeemable by any means, but I think in season 3 he was humanized a little bit.

What was your reaction when you were told about Monty’s sexuality?
Timothy Granaderos: It’s kind of funny because it would’ve been nice to know that for preparation on the character throughout seasons 1 and 2, but Brian Yorkey and I kind of discovered that even if Monty was a little curious, he wouldn’t allow himself to entertain or explore the idea. So it literally took a physical presence of Winston to come in and open up that door.

In addition to just finding out who killed Bryce, a major chunk of season 3 was spent trying to humanize Bryce. Is that something that you would want to explore with Monty?
Timothy Granaderos: I was hoping to.

It could happen using flashbacks like with Bryce.
Timothy Granaderos: That’s very true. I mean our stories told through the past and present. But I think especially with Bryce’s story, by the end, you really do feel for this kid especially because he’s realized he can’t undo the things he’s done, but recognition is the first thing. And then trying to make right of the wrongs is the next step. I think it was an uphill battle for him and it would have been forever probably. But at least he acknowledged them and he was trying to help the people he messed up and kind of give them some closure. At least to let them know he’s on track to not be a piece of crap.

Spinning off of that, how do you feel now that you’re at the end of the season and you’ve seen what appears to be the end of the character. How do you feel about Monty now?
Timothy Granaderos: It’s just overall sadness really. When he was introduced, he was this one dimensional, bully character. In the first season, I would say it all kind of became a joke. All of my lines were some obscenity and I was just pushing someone or shoving someone and then it turned into this beautiful, complex storyline of this kid who’s just trying to figure it out like everyone else. It’s sad that he didn’t get to meet Winston earlier on in his life, it’s sad that he wasn’t able to become vulnerable, it’s sad that it comes from this toxic home life. He really was just a product of that.

When you’re around that kind of toxic environment, it just breeds more toxicity.
Timothy Granaderos: Exactly. I think that’s what fans realize. I’m getting a lot of good feedback, like for the first time since I’ve been on this show, for the character. Someone ran up to me actually while I was here and said, “You play Monty, right?” And I’m like, “Yeah.” They’re like, “Oh. I was so sad for him.” It feels good to know that people took the journey with him because it really is a sad story that ended too soon.

Looking back, do you now see any like inklings that hint at Monty’s sexuality?
Timothy Granaderos: Well, yeah. Anytime someone’s completely homophobic, you have to ask what makes them that way. As an actor preparing for the role, you have to take the words, break them down, and then figure out why they’re saying those things. So at the end of the day, is Monty homophobic because he has maybe some homosexual fantasies or curiosities? That’s definitely a possibility. People actually asked me early on.

You were met with a lot of criticism at the end of last season with what happened between Tyler and Monty. There’s been a lot of backlash with season 3 and with the introduction of the Ani character. What was your reaction to the new criticism aimed at Grace Saif?
Timothy Granaderos: For me, Monty was always the villain or always the bully. So I expected the criticism to come with that character. After the atrocity that he committed in season 2, the very visceral reactions that people had to the character were a confirmation of the story we told because that’s what we wanted. Going into season 3, introducing a new character into an already popular show, it’s never going to be easy because people fall in love with the characters that they know and they become comfortable with them. When you introduce someone at the central narrative, and it’s the person telling the story, people are going to make comparisons and people are going to make judgments. You have to remember to separate the actor from the character.

Would you be open to returning in some capacity in season 4?
Timothy Granaderos: Hell yeah, I would love to. I’d love to if it furthered the telling of Monty’s story and then obviously to go back and hang with the whole cast. But only if it makes sense, you know? You never want to force it. You never want to do it just to be a part of it. I would want it to be organic and real and further the story.

What has being a part of a show that has had such a major impact meant to you?
Timothy Granaderos: It’s been just an amazing opportunity all around as an actor to be working on a show that goes 4 seasons. I would say there are so many talented actors out there who never get an opportunity to be on a show that has this much of an impact. I’m not saying in a popular sense but in more of a social sense. Our show really does aim to tell a story and start a conversation. It’s just such a cool experience to find yourself at the center of that and to be able to speak on issues that a lot of times people shy away from, especially when it involves younger kids. I didn’t realize how high the suicide rate was for kids. We never addressed this or talk about it until now. You never hear it. But I think most importantly, it’s cool when you get a job that’s so much more than entertainment. I feel lucky every day. I thank my showrunner all the time. Hopefully, kids can go back in 10 or 20 years and watch this show and continue to take something from it.

What has this experience in playing a character like Monty taught you and will it influence you moving forward in your career?
Timothy Granaderos: This role, in particular, has made me so much more confident. I knew that I was open-minded, but now I feel so much more comfortable with all of it. It gives you this sense of understanding of yourself and other people. I think the bottom line is to just have empathy at all times. I’d say it’s just really made me realize that acting is more than just entertaining. When you see the DMs, the comments, and you see people reach out, it’s such a gratifying feeling knowing that we’re not out there just to be entertainers. We can be influencers in a good way.