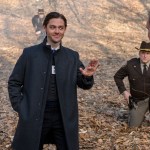 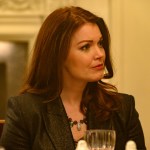 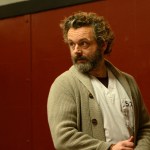 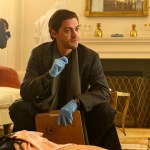 Bellamy Young is coming to fall TV as the formidable Jessica Whitly in FOX’s new drama ‘Prodigal Son.’ HL got the EXCLUSIVE scoop from Bellamy about sinking her teeth into a new character.

Prodigal Son is the new crime drama you simply can’t miss. The series premieres Sept. 23 on FOX. At the center of the show is Malcolm Bright, a criminal psychologist with a dark past. His family is the very definition of dysfunction. His father, Dr. Martin Whitly, is a famous serial killer known as The Surgeon. Martin is locked up but his influence still lingers. Malcolm is forced to go to his father for help when there is a copy-cat killer on the streets.

Bellamy Young stars Jessica Whitly, Malcolm’s mother and Martin’s ex-wife. Bellamy, fresh off her 7-season run as Mellie Grant on Scandal, told HollywoodLife EXCLUSIVELY that she feels “lucky all over again” with this incredible new role. She teased that we’ll see how Jessica has processed the horrors of her past and how she’s trying to make sure her kids don’t end up like their father. The actress also talked about her “crazy great chemistry” with Michael Sheen and revealed that flashbacks will be a key component to peeling back the layers on this complicated and damaged family.

What stood out about the role of Jessica that made you want to be a part of Prodigal Son?
Bellamy Young: The writing. When we finished Scandal I didn’t know if I’d ever get to do words that beautiful again. Mellie was like playing the lottery, gift of the lifetime stuff. This was an offer. As they pitched it to me, the first thing I heard was Michael Sheen. It’s already yes for me. You hear Michael Sheen and it’s already yes. Whatever it is, whatever’s happening, if I’m doing catering in Bulgaria for Michael Sheen, it’s absolutely a yes. I read the script and the show is so good. They married the humor with the macabre in such a human way. Jessica is just delicious. Every time she came on the page she was so alive to me, so dry, vibrant, and just damaged. I just thought, “I can’t believe I’m lucky all over again.”

What kind of mother is Jessica? What can you say about her parenting in the aftermath of all that’s happened?
Bellamy Young: It’s funny because I think what happened to them has changed her. Significantly, of course, but particularly as a mother. I think she would have been a very different parent if things had continued to go easily and successfully. Everybody has problems, but if they were upper-class problems, I think she would have been very hands-off, distant, and removed, and let her kids be her kids. But because they went through this crucible with Martin, I think she was forced to become a mamma bear. To find the mamma bear inside her that she didn’t even know was there. The world became very small and very big at the same time. Very big, in terms of people judging them. Very small, in terms of they only had each other. She realized she’d do anything. As much as she regrets what she didn’t do to protect the people that she didn’t and didn’t realize that Martin was killing, she knew something was wrong. But she knows now and she has a chance to save these two. She’d do anything for them. I think it’s warmed her up, made her fierce, and made her fearless in a way that she couldn’t have anticipated.

With Malcolm being in the thick of doing investigations, how worried is she about him getting close to Martin again?
Bellamy Young: I think she’s terrified. I think she’s truly, truly terrified. Because she sees the effect it has on him. He begins to be very visibly ravaged by this contact with his dad. She knows what a force Martin is because he’s so shiny. He just draws you in. But then it’s like a black hole. Once you’re in, you’re torn apart. She sees that happening to Malcolm. She’ll do anything she can to stop it and save him.

Do you think there’s a part of her that fears that Malcolm, or even Ainsley, might become like Martin?
Bellamy Young: Constantly. Even for ourselves, we worry we’re going to turn into our parents. I don’t have children so I can’t speak firsthand but I definitely, just from playing Jessica, I think that is constantly her fear. Because she sees he has such a high pain tolerance, he has such an interest in all things criminal, and he has such an innate understanding of a sociopathic mind. But she also sees what a good heart he has and how hard he’s trying to atone for the sins of his father or how he wants to live his life and how hard he works to do his therapy and get clean from the demons. But she can see the edge. The edge is right under his feet.

This family is so fascinating and has just been ripped apart. Jessica’s trying to put together the pieces as best she can but she’s right in the middle of everything. Will the show peel back layers on Jessica?
Bellamy Young: Absolutely. I mean, the image in my mind is the end of Raiders of the Lost Ark when his little face melts off. I think getting closer and closer to the truth is just going to burn away any artifice that any of us has clothed ourselves in these 20 years of distancing time. I think we’re all going to be in danger from the world and from ourselves, increasingly so as we just walk closer to the light.

In the trailer, it’s clear that there’s going to be flashback elements that play out, especially with Michael Sheen’s character. Will we see more of Jessica in the past?
Bellamy Young: Definitely. We spend significant and important time in 1998. All of us do. It was a wonderful world then and we even see little glimpses of them happy, before it all went away. We spend a lot of time there. I have some amazing press-on nails. We all have little differences.

I feel like Jessica and Martin’s marriage is a minefield. I feel like there’s so much there. Will we get to dig deeper into that?
Bellamy Young: I’m hoping so. We have so far. I hope increasingly we will continue to. Because it’s also that kind of minefield just makes for crazy great chemistry. Our scenes are just so fraught. It’s delicious to play.

It’s really focused on Malcolm in the beginning and how he’s processed what he’s seen and what happened to him in the past. Will we see how Jessica has processed everything?
Bellamy Young: I think we do. We’ll see some in the past and we’ll see some of how she’s dealing now. The more Malcolm remembers, the more she’s forced to remember because she loves him so much and you can’t help but go through this with your family. It’s happening to her as much as it is him — how she tries to move forward, make amends, and love her children. It’s all so interesting, as he gets a little healthier, what latitude that gives Ainsley to ask some of the darker questions she’s never asked herself because her brother was the problem. She was trying to define herself in an easy way because Malcolm was taking up a lot of space. No, there’s lots of room for all of us to just get messy, messy, messy.

There’s that whole element of the past and what really happened. Is that going to be an ongoing mystery over the course of the season?
Bellamy Young: So far yes. I mean there’s a lot we know. The Surgeon killed 23 people, but I think there’s a lot we don’t know. That seems to be more and more clear, as is so often the case with horrible, prolific psychopaths like that. We know this much but probably it’s just the tip of the iceberg. I feel like that’s true also. Also the circumstances and things that are haunting Malcolm that are so specific. As we start digging, it’s the truths that come. Some are surprising, some are validating, and they’re all horrific. It’s just a terrible, terrible well to mine.