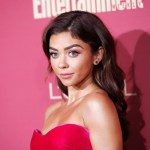 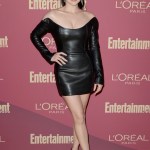 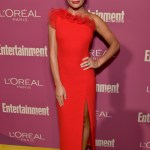 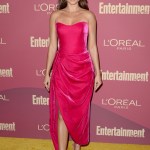 It’s our favorite season — Awards! Before the Emmys ceremony on Sept. 22, the stars showed up in their best looks to a number of pre-Emmys parties

The Emmys isn’t only one evening; it’s a slew of soirees leading up to TV’s biggest night of the year! Before all the stars take their seats in the Microsoft Theater in Los Angeles, they partied and networked at the Audi party on Sept. 19, the Entertainment Weekly party on Sept. 20 and the The Hollywood Reporter and SAG-AFTRA parties on Sept. 20 as well. Actors, artists, and industry professionals from all genres of television came out for the celebrations, including This Is Us’s Mandy Moore nominated for Lead Actress in a Drama Series. She wasn’t the only celeb on hand at one of the parties. Joining her was Modern Family‘s Sarah Hyland, celebrating her incredible work throughout the year. Both were dressed to dazzle with Mandy wearing a figure-hugging black silky dress and Sarah fashioning a look in a strapless pink dress.

At the Entertainment Weekly soiree on Sept. 20, more stars strutted their stuff on the red carpet. Christie Brinkley dressed to impress wearing a long-sleeved white dress with a black floral print and accessorizing the look with matching hoop earrings. Past Emmy nominee for her work on Glee, Lea Michele attended the party donned in a bright red gown with lace ruffles at the top. Celebrity DJ Michelle Pesce returned to pump up the jams while the Entertainment Weekly party also featured some bubbly for the guests from Ferrari Trento. But there was also plenty of run-ins from stars of different shows. Stars also got to see beautiful Ariel Winter flaunting her back to black locks and a black leather dress.

The Hollywood Reporter partnered with acting union SAG-AFTRA for the Sept. 20 event to celebrate the great small-screen talent fans and audiences had the opportunity to see this year. DJ Daisy O’Dell was on hand to turn some tunes throughout the star-studded evening in Beverly Hills. Bethenny Frankel brought out one of their best looks to date, wearing a black gown with sheer cut-outs and Laverne Cox wore a stylish metallic gray dress. This crop of celebs never looked happier for such an exciting event.

Finally, there’s the crème de la crème of Emmys parties, the Governor’s Ball. This shindig follows the Emmy Awards ceremony where the stars and artists can celebrate the incredible year they have had in TV. The theme for this year’s party is ‘Brilliance in Motion.’ On hand will be a ton of delicious treats including Lindt Chocolate Pot de Crème and plenty of bubbly to go around.

While not everyone will walk home with the gold statuette, there are plenty of reasons for all attendees to celebrate on Emmy night. Not least, because many of them received a fabulous gift bag for taking part in the awards. Backstage Creations produced the Giving Suite™ at the Emmy Awards to raise up to $140,000 for the Television Academy Foundation.  Celebrity guests like Viola Davis, Don Cheadle, Bradley Whiford, Dan Levy and Catherine O’Hara, Regina King, Anthony Anderson, Christina Applegate and more were able to receive and give back  They visited the Ashley HomeStore designed suite to check out Kapama Karula safaris and trips to the Four Seasons Nevis, Kodak printers, Zenni sunglasses, Delsey Luggage, Status Sparkling Wine, Dolby headphones, Mountainary skincare, Paderno pans, and Leaff Waffles and more.