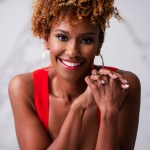 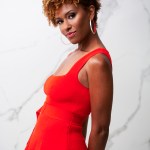 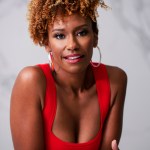 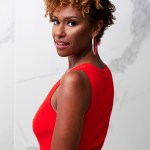 The first season of ‘First Wives Club’ is now streaming on BET+. HL sat down with star Ryan Michelle Bathe about taking on the role of Ari, why the show is more than just a reboot of the 1996 comedy, and more.

First Wives Club is back with a fresh spin. The all-new series from Tracy Oliver, inspired by the 1996 hit comedy, stars Ryan Michelle Bathe, Jill Scott, and Michelle Buteau. The fierce and talented trio play best friends who reunite to help each other through rough times in their lives. Through the drama and the hardships, their friendship between them prevails. When they have each other, there’s nothing these ladies can’t do and achieve. The first season includes guest stars Method Man, Giuliana Rancic, and Nene Leakes.

HollywoodLife spoke EXCLUSIVELY with Ryan about the show and working alongside Jill and Michelle. She revealed that Tracy’s passion for the project was one of the top reasons why she signed on to the show. Ryan raved that the “best part of the whole experience” was forming such close bonds with Jill and Michelle. She also teased what fans can expect and why the show will prove why stories about women are more relevant than ever.

What was the casting process like for the role of Ari?
Ryan Michelle Bathe: Fortunately, I knew someone who was one of the writers and she actually approached me first, and I was actually on another show. So there was a lot of back and forth and they were like, ‘Just know we’re doing this show. It’s happening and we’d love for you to consider it.’ A couple months went by and it kind of came back again. This time, Tracy sat down and we had a really long conversation. She said the same things about the show and how excited they were about writing and how excited they were about seeing it on air. She talked to me about Ari and the need to have someone who was really, really steeped in the experience of sisterhood and the experience of having girlfriends and the African American experience and the specificity with which she spoke made me really excited about jumping in and being a part of it.

What was it about the character Ari that really definitely stood out to you and made you want to be a part of the show?
Ryan Michelle Bathe: I think it was more the way Tracy explained Ari, you know what I mean? It was hearing the character through the actual creator’s eyes, which is what really made me excited about it. She lit up and she was so excited. I was like, ‘Oh, she really believes in this.’ Not only this project, but each character is like someone that she is intimately familiar with and loves and that was a major selling point. When you know that the person who’s behind the scenes has a very clear idea, clear vision, it really just allows you to step in and begin to build and create.

At the center of this is the sisterhood between these three friends. What was that like for you all to explore that and form these really great bonds and friendships?
Ryan Michelle Bathe: It was the best part of the whole experience. It was amazing. It was stupendous. Michelle and Jill are just two of the most awesome women on the planet, and they’re so immensely talented and people are going to be surprised at how funny Jill is in this and the vulnerability that Michelle has. We knew we had each other’s backs, and we knew that we could trust our relationship on and off-screen so that we could always trust that when everything else around us was crazy, we would take care of each other.

We live in this world where reboots and revivals are very popular and there are so many projects to put a fresh spin on. Why do you think it was time for First Wives Club to get that treatment?
Ryan Michelle Bathe: Well, I think First Wives Club is special in terms of a reboot because I don’t think the first one got mined for all it was supposed to get, do you know what I mean? I think that there was still so much of that story left to tell. I think there was still so much of those women left to see and because of sexism and who ran Hollywood at the time, and who still runs Hollywood. I just read an article, not to take up too much time, by Diablo Cody who was talking about Jennifer’s Body. She wrote about how she had to contend with men who were like, ‘But why would you write this? Why would you write something for women? It’s got to be teenage boys.’ She said she had to read these notes from tests audiences and one was like, ‘Needs more boobs, but the more was spelled M-O-A-R.’ I think at the time in 1996 you had these three beautiful, amazing women. Had it been three men who were less amazing and less handsome and even 20 years older, there would have been 17 sequels. For me, this wasn’t so much a reboot, I think it was a passing of the baton, which is why I was so excited about. This was a seminal moment where people were trying to tell stories about women for women and it was universal and it became an amazingly big hit. And they didn’t know what to do with it. They didn’t know how to respond to it. So now we’re going to show you that it’s still relevant and we’re going to remind you what they left behind and continue the story.

What can we expect from this first season? What can you tease about what we’re going to explore with all of the characters?
Ryan Michelle Bathe: They go through a lot. They’re all dealing with really, really, really complicated issues in their relationships. I’m not going to say who ends up where, what, when, why, but they’re all at some version of how did we get here? Do you know what I mean? And in different ways in their relationships. My husband is definitely way more checked out and I think with another couple it’s a little bit more opposite and in the other couple there’s just so much nastiness, you know what I mean? It’s just different phases of that same, where do we go from here as a couple? So we’re all dealing with that. There are very different ages in terms of children and different versions of motherhood that we’re dealing with in terms of giving birth, in terms of step-parents. So that’s something that we deal with. I will say the Tracy has a way of making each episode feel like a movie in and of itself. There’s so much that we’re going to get into. There is a party that goes very wrong. There’s a lot of stuff that we deal with and we have the time because we’ve got nine episodes to touch on a little bit of everything. But the through-line is how we get through it together.

The show films in New York. I feel like New York is such a special place to film and it’s a character of its own. What it’s been like exploring the city and embrace it?
Ryan Michelle Bathe: Well, you took the words right out of my mouth because there’s nothing worse than watching something that’s quote-unquote set in New York and it’s not New York. I literally got in last night and had just been in Toronto for the film festival. My husband [Sterling K. Brown] was in this amazing movie called Waves and it premiered there. I got back last night and I was looking out the window at this beautiful view from my the hotel in Brooklyn, and it was just so sweet of them to give me this beautiful room and a beautiful view. And it really hit me. I was like, ‘I can have a conversation with this city.’ I felt like, ‘Hey, how are you doing New York? What’s up?’ It is one of those few cities that you feel like is an entity all on its own. When you actually film here, it is the character. It’s not a backdrop. I used to live in Manhattan when I was a kid and then we moved to Connecticut. I’d come back and my mother was in the business. So for me, some of my earliest memories are actually here in New York. It definitely felt like coming home. It felt like all of my childhood dreams coming to fruition. I started my career here, I went to NYU, and I started working here. It was amazing to be able to be back in the city and working and seeing all the places that I had gone to auditions and have it come full circle is amazing.