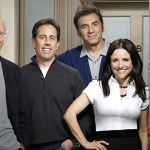 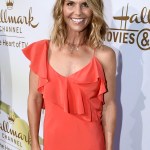 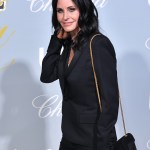 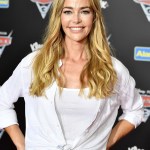 Festivus for the rest of us! ‘Seinfeld’ is heading to Netflix in 2021. Check out all the famous cameos who helped make the series unforgettable.

Mark your calendars, everyone! Every season of the ’90s hit, Seinfeld, is coming to Netflix in t-minus two years, according to Deadline. As fan favorites like Friends and The Office enjoy a final few binges before both series leave the streaming platform, Jerry, Elaine, George and Kramer will grace the small screen for fans an perspective new audiences to binge through the show that was infamously ‘about nothing.’ During its run from 1989-1998, the series garnered 15 Golden Globe nominations with three wins and over 50 Emmy nominations winning ten. Along with its awards fanfare, the series also garnered legions of fans, and a few famous faces among its cast. While the series is known as the platform for Jerry Seinfeld, Julia Louis-Dreyfus, Jason Alexander and Michael Richards, the series also saw a number of famous faces added to their ranks.

From Oscar and Emmy winners, to one of the Desperate Housewives and a future Bond girl, Seinfeld had a number of talents featured throughout the series’ run. Of course, fans might not remember every famous face so a reminder is definitely due. Before the series hits the streaming giant in 2021, fans might be interested to know a few of the actors and celebrities they will see while revisiting the series – or discovering it for the first time.

Following her impressive Oscar win in 1992, Marisa Tomei made an appearance on the series as none other than herself. Following suit, stage and screen legend Bette Midler appeared on the ’90s hit, along with Yankees Baseball player Derek Jeter. But a few talents had the opportunity to test the waters further. Actresses Lori Loughlin, Kristin Davis, and Teri Hatcher each played one of Jerry’s girlfriend’s during the series’ run. Long before he went Breaking Bad, Bryan Cranston appeared in a whopping five episodes for a number of years. For these stars and more, Seinfeld is quite a line to boast from their filmography.