Eva Mendes and Ryan Gosling are one of Hollywood’s cutest and most private couples. So, when a new sighting of the two emerges, it’s pretty much equivalent to a holiday. The designer, 45, and the actor, 38, were photographed leaving a late night dinner at Kazu Sushi in the Studio City neighborhood of Los Angeles on Wednesday. Eva and Ryan dined for nearly two hours at the restaurant.

In one photo, Ryan can be seen escorting his wife out of the low-key Japanese eatery. Another shows the couple sharing a sweet laugh over something that appeared to be quite comical. Both snaps display the La La Land star opening the restaurant and car door for his wife like a true gentleman, proving chivalry isn’t a thing of the past.

Eva looked stunning in a long sleeve, over-the-knee dark blue dress. The actress donned a pair of black and white stripped heels with an open-toe. She kept her auburn hair down with loose waves. Meanwhile, Ryan stunned in a pair of dark grey jeans and a red leather jacket over a white t-shirt. He stepped out in a pair of dress shoes and wore a circle pendant around his neck. 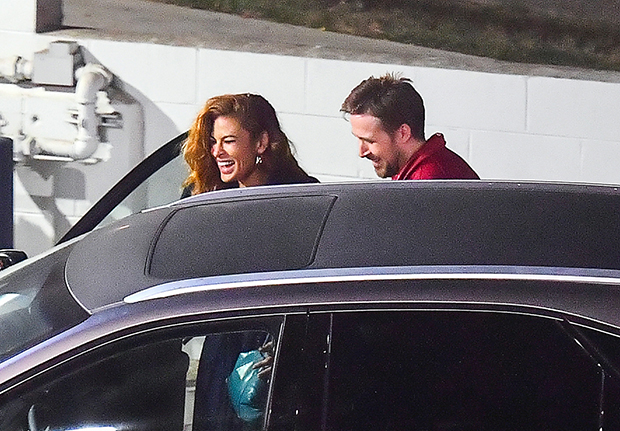 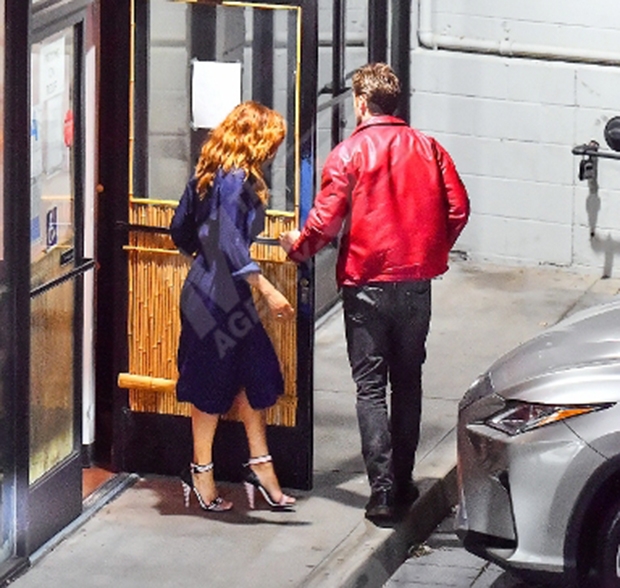 Eva and Ryan’s date night came four months after she revealed that the two were struggling to teach their daughters — Esmeralda, 5, and Amada, 3 — Spanish. “Well the Spanish in my home… I’m Cuban and we’re trying to teach the kids Spanish, and it’s harder than I thought,” the fashion designer admitted during an appearance on The Talk, on May 20. “I speak Spanglish and that’s what they’re picking up. So it’s adorable but it’s technically not a language. It’s Spanglish,” she explained.

The private couple began dating in 2011 after they met on the set of The Place Beyond the Pines, in which they both starred. Despite being together for nearly a decade, Eva and Ryan never officially married.