Lala Kent is stirring the pot not long after the dust settled from her feud with 50 Cent. During a September 12 appearance on Watch What Happens Live with Andy Cohen, The Vanderpump Rules star was asked about where she stands with 50 (aka, “Fofty”), now that her fiance Randall Emmett has paid his debt to the rapper. And, if things were cool between the trio, she may have just ruffled some feathers.

“But, the whole thing, I think I really dinged Fofty’s ego,” Lala said of the effect she had on 50 after she called him out on Instagram during their feud in April. “In fact, I know that because I have a receipt to prove that, which I would never post because I ain’t that girl,” she said, explaining, “I ain’t beefin’ unless I’m getting paid on ‘Vanderpump’, yo.”

Host Andy Cohen then followed up with, “Is there a part of you that takes a little bit of pride to know that you got under his skin?” And, Lala couldn’t contain her excitement. “Yes! I’m from Utah!”, she gushed, before comparing her feud to another infamous Hollywood rift. “To think, it’s like Tupac and Biggie, Lala and 50, like, what up though,” she said. 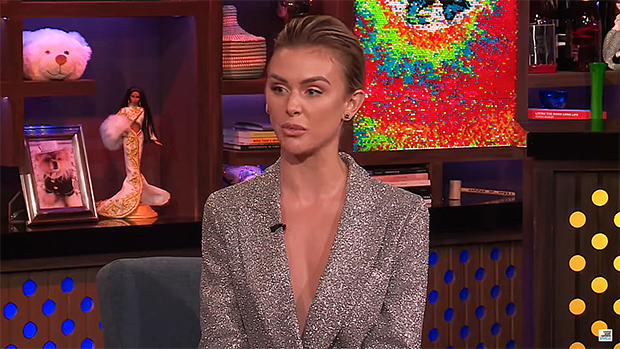 All jokes aside, Lala was just standing by her man. “That’s my man, I will rock with Ran to til the death of me,” she said.

Earlier in interview, Lala defended Randall and admitted that he didn’t necessarily sign up for the spotlight that follows her every move. “I feel really badly for Rand sometimes, because he signed up to be a movie producer and he just happened to fall for someone who’s very out there and outspoken,” she explained.

Fans who followed the feud will know that Randall and 50 were in production business together, which led to their $1 million dispute. Randall had owed 50 money from a loan the rapper gave to him and, when Randall didn’t pay up, 50 took the issue to social media, where he shared the back story, along with alleged text messages between the two, discussing Randall’s debt.

The name “Fofty” came after one of the alleged texts from Randall said, “I’m sorry fofty,” clearly misspelling the rapper’s name.

Ultimately, 50 Cent ended up getting paid soon after he took the feud to social media, he revealed in a since-deleted Instagram post. He shared a text exchange with Randall confirming he “just got the wire.” The rapper captioned the post, “I got my money, so I have no problem with Randall Emmett, in fact I’m wishing him and his family a very blessed day. Positive vibes now guys.”