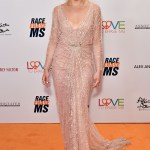 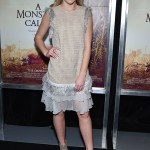 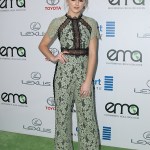 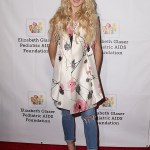 At 18, Chloe Lukasiak is all grown-up and striking out on her own as the co-star in a new teen movie, ‘Next Level.’ Now, she’s speaking out about bullying and her role.

Former Dance Moms star Chloe Lukasiak knows a thing or two about bullying. The 18-year-old – who grew up before our eyes as one of Abby Lee Miller’s gifted students – shed her fair share of tears during her three years on the show under the direction of the passionate teacher. Now, two years after leaving the Lifetime series for good, the blonde has struck out on her own as an actress and the co-star in the new movie, Next Level.

The film (about teens competing in the Next Level summer performing arts program) touches on subjects that Chloe is very familiar with – competing, dance and bullying. In the film Chloe plays Jasmine Joel a graduate of the program. While she isn’t the victim of bullying, another character, Kelly (played by Lauren Orlando), is. HollywoodLife spoke to Chloe on the Next Level set last year and in this EXCLUSIVE interview the dancer and YouTube star dished on the film and why she’s glad that it addresses the important issue of bullying.

HL: Tell us a bit about Jasmine.

Chloe: “Jasmine is very… confident. She won the competition at Next Level a few times and she’s sort of become a mentor now, because she’s off touring and she’s a singer and dancer. But she comes back to mentor these girls so she’s very wise. In that way, her [sic] and I are very, I like to think, similar… She’s super positive, but also not a pushover in any way.

HL: Where do you fit into the dynamic with the characters Cindy (played by Emily Skinner) and Kelly, who’s being bullied?

Chloe: “I’d say that I definitely notice it, but… I don’t do much to intervene because that happens often and you kind of just have to let it sort of play out. But I do – I don’t want to spoil anything – sort of have a talk with one of them and towards the end I hope kind of help one of them come to a realization. I definitely notice it. Personally, growing up, I dealt with that kind of stuff and Jasmine I’m sure did. It’s just kind of what happens.”

HL: Is that what drew you to the role? You’ve spoken up before, about feeling that people have said horrible things to you and that you’ve been bullied.

Chloe: “A lot drew me to the role, the project itself… just the energy of the film I think was really great and how positive it was in the entertainment aspect. But yeah, I guess that definitely plays a role. Anything that discusses and brings bullying to light, I’m always glad to be a part of it, because it’s always going on. I’ve certainly dealt with it, not only on television, but personally at school or with other friends. It’s something we all go through…and I like to talk about as much as I can.”

HL: What are your tips on how to get through bullying or how to deal with it?

Chloe: “Reach out to someone. That’s the most important thing for me because I grew up as an introvert so whenever I did start going through those really hard times of people bullying [me], I would kind of go into myself. I would sort of hideaway in that way. The one thing that did help me was reading, but that’s more of a personal thing. If you have a passion then find your happy moments in there. But definitely reach out to people, talk about it, don’t shove it down. That’s what I did for a really long time. I didn’t talk about it. I pretended like it didn’t happen. It sort of helped me deal with it, but that’s not good because one day you’re going to have to deal with it, so it’s better to just address it while it’s happening or whenever you can.”

Next Level is out now on various streaming services including Amazon, Sling and Spectrum.