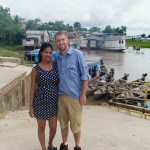 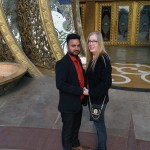 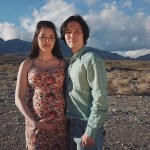 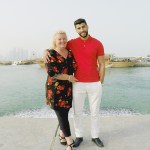 Laura’s son, Liam, has flown all the way to Qatar to meet Aladin in this EXCLUSIVE preview of ’90 Day Fiance: The Other Way.’ However, things get off to an awkward start.

Laura, 51, is in tears now that her son, Liam, is in Qatar. He’s flown all the way there to meet the Aladin, 29, the person his mother is in love with. “It is a bit awkward,” Liam says in our EXCLUSIVE preview of the Sept. 9 episode. “I’m definitely interested in seeing what kind of person he really is and how well he treats my mother.” Liam clearly has some hesitations about Aladin’s intentions.

Aladin is not exactly blown away by Liam. “My first impression, it’s, like, I feel like he’s awkward, you know?” Aladin says. The conversation between Aladin and Liam just can’t get off the ground. Liam and Aladin are definitely uncertain about each other. “I flew all the way over here to get a read on the relationship,” Liam continues. “Obviously, I wasn’t OK with it at the beginning. I’m still not OK with it.” He just doesn’t want his mother to get her heart broken.

Aladin tries to make some progress and asks Liam if he wants to meet his family. Liam says no, saying he’s “very tired” after his long flight. Just when you thought things couldn’t get any more awkward! Aladin is a little caught off guard by Liam’s rejection. “I just want to respect him, but if he will be rude with me, I will be rude also,” Aladin reveals.

Laura left her life behind in the United States to be with Aladin in Qatar. The couple had chatted online for 8 months on Facebook before Laura moved to Qatar. Just three days into their trip, they were engaged. 90 Day Fiance: The Other Way airs Mondays at 9 p.m. on TLC.