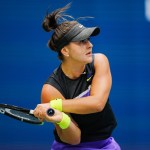 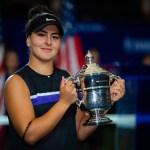 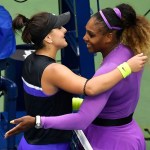 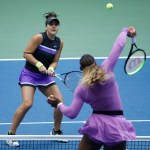 Bianca Andreescu may only be 19, but she’s making waves in the tennis world after surprisingly beating legendary player Serena Williams at the US Open on Sept. 7!

Bianca Andreescu, 19, may not be a household name in the tennis world just yet — but she’s well on her way after today’s shocking victory! The Canadian player earned her very first career Grand Slam championship at the US Open on September 7 in New York City against the one-and-only Serena Williams! Here’s 5 things to know about the up-and-coming tennis superstar.

1. Bianca’s Canadian. She’s the first Canadian to ever win the Grand Slam championship! Bianca hails from the Toronto suburb Mississauga — which is about 45 minutes out of the downtown core — and was born on June 16, 2000. She also completed her high school diploma at Bill Crothers Secondary in Thornhill, which is a northern suburb of Toronto, but had to get her credits online due to her intensive tennis schedule. The 19-year-old is a proud Torontonian, according to her Instagram, actively posting about her support for the Raptors who won this years’ NBA championship.

2. She’s lived in Romania. Bianca’s parents — Maria Andreescu and Nicu Andreescu — originally immigrated to Canada from Romania, but she returned to their native country at the age of six. Bianca’s dad stayed behind in Canada, while her mom ran her family’s trucking business in Romania. The mother-daughter duo remained in the eastern European country until Bianca was nine, then returned to Canada for good.

3. Bianca has played tennis since she was 7. Young Bianca was first introduced to the sport while living abroad in Romania, and began working with a professional coach in the city of Pitești. She still cites Romanian tennis player Simona Halep as one of her idols, who also beat Serena in a match this July. Upon returning to Canada, she played at the Ontario Racquet Club and also joined Tennis Canada’s Regional Training Centre in Toronto, where she trained weekly. Canada went wild on Twitter after her win, trending the hashtag #SheTheNorth.

4. She’s a pet lover. Bianca owns a number of adorable furry friends, which she has shared on her social media. In honor of National Pet Day, she posted photos of her three dogs and one adorable cat — and regularly shares moments with then on her social media feeds.

5. Bianca loves to travel. The young tennis star is an avid traveller, sharing photos on her social media from France, Australia, Spain and around the U.S. She particularly seems to love the gorgeous scenery in Arizona, posting various snaps from hikes! Bianca also regularly jets around the globe for tennis matches and training.