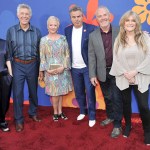 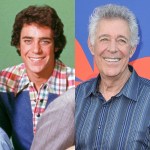 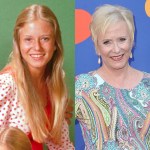 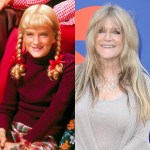 ‘The Brady Bunch’ cast has reunited with HGTV for the renovation of the iconic Studio City, CA house that they called ‘home’ on the show. We’ve got how the ‘kids’ have changed since back in the day.

HGTV is airing a four-part A Very Brady Renovation, which will see some of the network’s top renovation stars — including the Property Brothers Drew and Jonathan Scott, 41 — fix up the interior of the Studio City, CA home that was the exterior shot on the iconic sitcom The Brady Bunch. They’ll be joined by the six actors who played the Brady kids, Barry Williams (Greg), Maureen McCormick (Marcia), Christopher Knight (Peter), Eve Plumb (Jan), Mike Lookinland (Bobby) and Susan Olsen (Cindy) in an epic cast reunion 45 years after the show left the airwaves. You can check out how the cast looked back in the day versus now in our gallery here.

Some of the stars like Maureen, 63, have remained active in acting careers so we’ve watched their transformation from the family sitcom that aired from 1969-1974. Fans have seen her age gracefully over the years and she’s still just as beautiful today as she was when she played high school dream queen Marcia Brady. She’s so fit she even competed on Dancing with the Stars in 2016.

Barry, 64, has also kept up his acting career, albeit not as prolific as Maureen’s. When Florence Henderson, who played family matriarch Carol Brady, passed away on November 24, 2016, it left Barry as the oldest living member of the cast. His TV younger brother Christopher, 61, ended up working in the computer industry in the 1980’s and 90’s, but had newfound fame on reality TV on VH-1’s fourth season of The Surreal Life in 2005. It was there where he met and fell for America’s Next Top Model cycle one winner Adrienne Curry, 37, who was 25 years his junior. They got their own spinoff My Fair Brady and married in 2006, later divorcing in 2013.

Eve, 61, has continued to dabble in acting over the years, mostly in made for TV movies or guest roles on TV shows including Blue Bloods, Law & Order: Special Victims Unit and The Path. She’s a mom of three and has been painting for over two decades, with some of her work featured in art galleries. Her TV younger sister Susan, 58, of course looks the most different from little pigtailed then braided Cindy. She’s continued to appear in numerous Brady related projects and events since the show ended, as has Mike, 58.

The Brady home renovation series on HGTV will be the first big reunion for the cast in years. “There are so many elements that had to come together to make this thing work. It’s almost unfathomable,” Barry said at TCA in July. “I love these people. We’ve had great relationships our entire lives but not all together at the same time. It was crucial to have every single person on this stage in that show. Very hard to do. Amazing that it was done. It had to do with each of us understanding that this was a project we wanted to lend our time to and our efforts towards.”