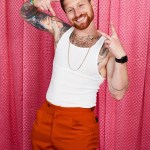 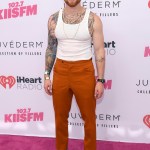 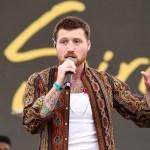 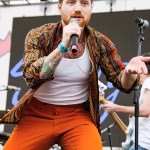 What’s going on with Scotty Sire? The YouTube star released his new song, and he talks with us EXCLUSIVELY about the inspiration for the track, his upcoming album, and why his fans ‘relate’ so deeply to his music.

Scotty Sire wants to know what’s going on with you. The YouTube star, who first found fame on Vine, continues to make a name for himself in the music world, and his newest, “What’s Going On,” hit the Internet on Sept. 3. While his debut album, 2018’s Ruin The Party, displayed his hip-hop proficiency, the new single is a pop anthem for the socially anxious, a light in the dark for those struggling with their own problems in this modern world. Scotty’s music, as “What’s Going On” displays, is unafraid to talk about intimate issues like depression and mental health.

HollywoodLife: Your music is unafraid to discuss personal issues like anxiety and depression. Your song “What’s Going On” is no different. Was there a specific moment in your life (or in the life of one of your friends) that inspired this song?

Scotty Sire: There wasn’t really a specific moment that inspired the song, but more so a general feeling of unsureness about what’s going on in my life. I co-wrote the song with my friend Bruce Wiegner who also produced the song, and we have a very similar outlook on things. It’s all about being honest with yourself and facing any issues that you have instead of trying to hide from them or brush them away. Something that I’ve struggled with my entire life and am trying to be better about. I think the idea of “What’s Going On” is that there are so many different things that you’ve held in for so long, that you’ve finally reached a breaking point and realize that you’ve got some demons you need to address in a healthy way. Not just coping with problems, but actively trying to resolve them.

Lines like “self-destruct without an off button/roller coaster with the tracks broken” will connect with listeners that are going through the same strife depicted in “What’s Going On.” Have fans expressed appreciation for such a high-profile star like yourself talking about these kinds of feelings? Or for saying, essentially, “it’s okay to be sad. It’ll gonna be all right.” in your music?

I’ve gotten a lot of support for addressing my own feelings openly and honestly. People who have listened and can relate to what I talk about in my songs definitely seem to appreciate me putting these feelings into words. Feeling like your life is derailed and you’re trying to get back on track before you crash seems all too common. A lot of people are scared of roller coasters, but that’s what life is. You get high and low, excited, and anxious… but at the end of the ride, you’ll realize it was short, and you were fine the whole time.

You also have a new album coming out. As a follow up to your successful debut, Ruin Your Party, what went into writing/recording this sophomore release?

Just a whole lot of studio time! Trial and error, writing and re-writing verses and trying to get a cohesive message across in the entire album. I collaborated with several talented producers who each brought something different to the table sonically. So every song is different but still feels like me.

Will there be any exciting collaborations or style-adventures? A nu-metal version of “Mister Glassman,” perhaps?

Collaborations may be coming after the album is released. Perhaps a remix here and there and reworking some songs into a different style could be in my future as well, but no promises! There are a couple songs on this album that definitely have an adventurous style to them, and I’m very. Excited to see how people react to them.

You’ve also announced a 30-city What’s Going On tour. Are you excited to hit the road, or is it a little nerve-wracking? Or both?

I’m excited to hit the road for sure, nothing beats the rush of getting on stage and performing these songs to people in the flesh. I get comments every day on what I’m doing, whether it’s critique or praise. But hearing it from people in person, hearing it from people that I know really care is a whole different story. Of course, I’m nervous as well. 30 cities mean around 45 days on a bus, close quarters with a bunch of people. Kinda scary.

Who will you be blasting on the sound system/headphones while touring? Aka who have you been listening to lately?

I’ve been listening to a lot of Joji, Tame Impala, and Finneas recently. So we’ll definitely be blasting some of that on the tour bus. Of course, I’ll probably have to turn my own songs on to make sure I keep all my lyrics locked into my memory [laughs].

The last time you went on tour, you said that the “tour diary”-type stories led to a drop in views. Is that still a concern? Are you going to do anything different this time around?

The drop in views isn’t so much of a concern as it was an observation. I know that people follow me on social media for a variety of reasons. Some people want to see me do something funny, some people want to see my friends, and some people want to listen to my music and follow along on my journey. I’m going to try my hardest to make every video something that the majority of my audience will want to watch. But right now I’m focused on making good music, and putting on a kick-ass live show… and having a good time. As long as I’m enjoying what I’m doing, and what I’m putting out there for everyone to see. It shouldn’t matter how many views a video gets.

After kicking off in Australia, Scotty Sire’s “What’s Going On Tour” hits the U.S. on Oct. 4. Click here for dates.