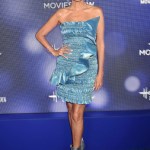 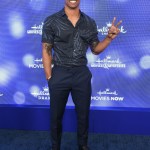 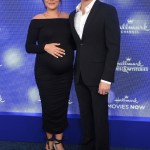 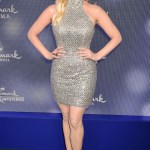 The holiday season is just around the corner and Hallmark is getting us all in the festive spirit by revealing the full schedule of their Hallmark Christmas movies of 2019.

When it comes to the holiday season, Hallmark Christmas movies are a staple. This year, Hallmark Channel is celebrating the 10th anniversary of Countdown to Christmas. In honor of this epic occasion, a full slate of new holiday movies will premiere for your enjoyment. Tony and Emmy Award winner Kristin Chenoweth will be starring in A Christmas Love Story, Lacey Chabert is teaming up with Sam Page for Christmas in Rome, and Candace Cameron Bure will star in Christmas Town.

Hallmark’s Christmas movies will kick off Oct. 26 with Christmas Wishes & Mistletoe Kisses. The final holiday film of 2019, New Year, New Me, will premiere Dec. 28. There’s truly something for everyone this holiday season. Hallmark Channel will also be premiering two Hanukkah-themed, one of which is Holiday Date. See the full schedule below.

November 29 at 8 p.m.
Christmas at the Plaza
Starring: Ryan Paevey and Elizabeth Henstridge

December 15 at 8 p.m.
Alice in Christmasland

December 5 at 9 p.m.
This Time of Year
Starring: Laura Osnes and Stephen Huszar

December 6 at 9 p.m.
Time For You to Come Home for Christmas
Executive Producer: Blake Shelton

December 12 at 9 p.m.
Christmas in Montana

Hallmark is spreading so much holiday cheer this year. Start clearing those DVRs now and break out the holiday-themed candles!