Internet trolls won’t stop Lisa Rinna from dancing in her bikini! The ‘RHOBH’ gave haters an ‘encore’ of a video of herself in a bikini, dancing to Billie Eilish’s ‘Bad Guy’. — A clap back that’s too good not to share!

Lisa Rinna hit back at her haters by re-sharing a July video of herself dancing in a bikini and cowboy hat that she previously caught flack for on Instagram. The Real Housewives of Beverly Hills star shared the clip once again on September 1 and called out her haters with a laugh. “I love how this pisses so many of you off,” Lisa wrote in the comments of the video, which she captioned, “Encore Duh”.

The reality star clearly has no shame in her game for posting the sultry clip twice. Lisa rocked a red, white and blue two-piece and a beige cowboy hat as she danced to Billie Eilish‘s “Bad Guy” in her home. She showed off her best dance moves and her fit physique in the video, and her famous friends were all for it! 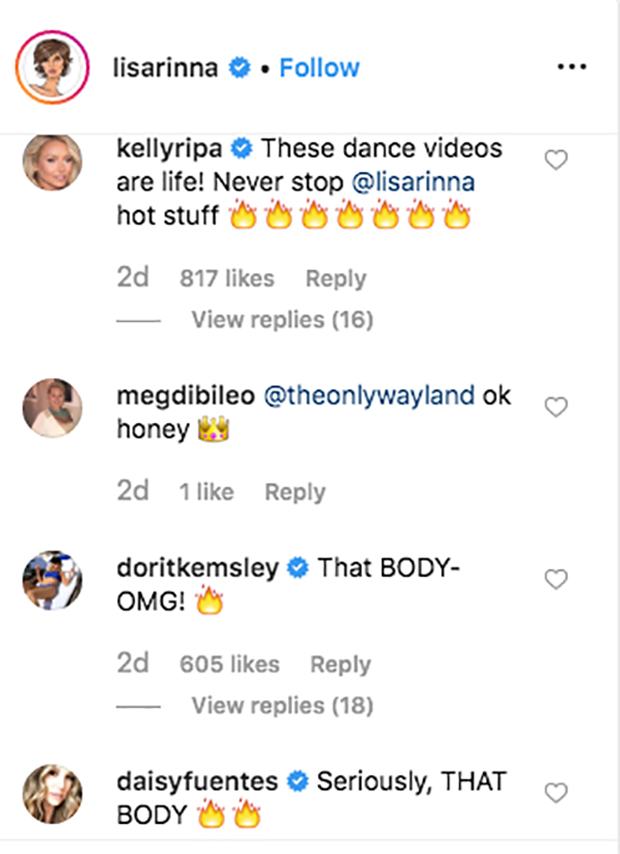 For those who don’t follow Lisa, the former soap star is no stranger to posting dancing videos on social media. Just two days after her initial cowboy-hat dancing video post, Lisa shared a compilation of herself dancing to “Supermodel (You Better Work)”. That clip was followed by more dancing videos to Bobby Brown’s “My Prerogative”, and eventually “Give It 2 Me” by Madonna.

Lisa’s dancing clips have become something that her followers (including us) regularly wait for. And, as for her haters — we’re sure there will be more “encores” to come!