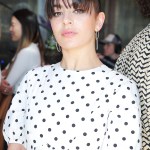 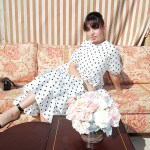 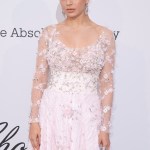 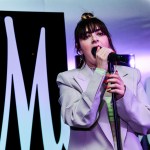 The weather is starting to cool down, but it’s still ‘Warm’ for Charli XCX. The singer teamed up with Haim for a slice of dreamy synth-pop ‘heaven.’

The summer is winding down. The days are getting shorter, and soon, it’ll be time to bust out the jackets. Before all that goes down, Charli XCX, 27, is still going to turn the heat up by a few degrees. The “Blame It On Your Love” singer may have just won “Song of the Late Summer,” if that is a thing, with her brand new track, “Warm.” Released on Aug. 30, Charli teams up with alt-rock/pop trio HAIM to produce a catchy synth-pop bop, one that has Charli pleading with someone why they won’t “risk it all” and “fall in love.”

“I don’t think I can’t hide my emotions no more,” sings Charli. “Make me want to fall in love / maybe make mistakes / hit me with the champagne kiss / now I’m not thinking straight.” Though the song’s production feels minimalistic at spots, it allows Charli to really emphasize the longing and wanting she feels for this unnamed paramour. Haim — Danielle Haim, Este Haim, and Alana Haim – join Charli, and their voices harmonize, a vocal singularity amplified by the futuristic sound of the song’s synth production. All in all, “Warm” is for that moment right after the club has closed and you need to decide whether or not you’re going to jump in the Lyft with that person you’ve been chatting up all night.

Charli’s forthcoming album, Charli, is set for Sept. 13. It’s the official follow-up to 2014’s Sucker, but she released two mixtapes, Number 1 Angel and Pop 2, in 2017. Charli will include the previously released “1999,” her collaboration with Troye Sivan, as well as “Blame It On Your Love,” Charli’s track with arguably the hottest name in music today: Lizzo. Her third single from the album, “Gone,” featured Christine and the Queens, and the video was described by Gay Times as having “electric choreography” and a “ ‘All Things She Said’ by t.A.T.u moment.”

Other collaborations – and there are a lot on this record – will feature Sky Ferreira, Kim Petras, Tommy Cash, Clairo, Yaeji, and more. One song, “Shake It,” could be the bounce anthem of the decade, as it’ll feature New Orleans bounce queen Big Freedia, rapper CupcakKe, singer Brooke Candy (who Charli collaborated on with “XXXTC”) and Brazilian drag queen/singer Pabblo Vittar.

“I feel like I wouldn’t be here without the LGBTQ community,” she told Gay Times. “They are such a core part of my fanbase and stuck with me through times where no one cared, they were there still cheering me on. The LGBTQ community has given me the confidence to express myself and be myself and not care about the consequences.”

Charli has put this sense of liberation and freedom in her new album. “This album is my most personal,” Charli revealed on June 13, “which is why I decided to call it by my name. I’ve put as many of my emotions, my thoughts, my feelings, and my experiences with relationships into these 15 songs, and I am so proud of them. Those of you who have been with me on my journey as an artist, I know you have waited for a new album from me for a long time, and I really hope Charli is all you can imagine and more. I cry when I listen to it – and I also wanna party when I listen to it, so I KNOW ITS GOOD.”