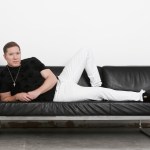 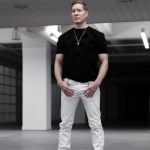 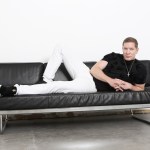 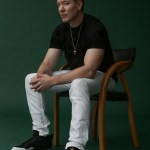 ‘Power’s final season premieres Aug. 25. HL sat down EXCLUSIVELY with Joseph Sikora about saying goodbye to the legendary Tommy Egan, his character’s intense arc in the final episodes, what’s next, and more.

The hit Starz series Power is about to kick off its epic final season. The show ended with a bang last season when Tommy shot Angela with a bullet intended for Ghost. This betrayal has set off a war between Tommy and Ghost, who are basically brothers. In this quest for power and vengeance, not everyone is going to make it out alive.

HollywoodLife spoke EXCLUSIVELY with Joseph Sikora about the evolution of Tommy Egan in the final season. Joseph teased that we’re going to see the most “adult” version of Tommy we’ve ever seen in season 6 and he’ll be taking on a more “fatherly role” as well. Even though Ghost is after him, Joseph stressed that Tommy doesn’t fear death at all. Joseph also opened up about saying goodbye to a character he’s played for 6 seasons and starting a new chapter on Ozark.

Actors are always looking for new roles and move on to different projects. But with this being the final season, is it a little bit hard for you to say goodbye to Tommy after season 6?
Joseph Sikora: I’ve already said goodbye to him in some capacity because I’ve joined the cast of Ozark for season 3. And then I also have another movie called Jacob’s Ladder that’s coming out at pretty much at the same time that Power is dropping. So there are different characters of me that are floating around at the same time as Tommy. It was a wonderful luxury and I’m so grateful to the show’s creator, Courtney Kemp, and 50 Cent for making this show and giving me this chance and for Gary Lennon, who did a huge amount of Tommy’s development in the series. To be able to collaborate with 3 incredible professionals like that has been such a luxury for this time. So you hope that luxury comes back. You hope that some of the relationships that you’ve made with the people that you really love to work with and you’re wonderful in collaborating with are able to continue on. So in that way, it’s hard to say goodbye but every ending is a new beginning. I feel it’s more a new beginning than anything else.

Is there any part of Tommy that regrets shooting Angela?
Joseph Sikora: No and I’ll extrapolate on that. For all intents and purposes, he meant to shoot Ghost. He got Angela and they had that little reaction afterward where’s he’s like, “I think that’s better. Yeah, that was right. That was meant to happen. This was meant to be.” And I think that, for Tommy, to even get to a place where he’s willing to take a shot at his brother, he has to be totally drained of who he really is in a lot of ways, or at least the man that we’ve become so familiar with. He’s at the lowest point of his life at that point and now he believes that he has brought Ghost to the lowest point of his life, serendipitously, and now maybe we can start again. In Tommy’s mind, that’s where he’s going to go.

I feel like the show has pulled back so many layers on Tommy but yet there’s still more that we don’t know about him.
Joseph Sikora: There’s so much we don’t know about him and I think that’s what keeps it so exciting. There has continued to be, season after season, a sense of mystery about Tommy. However, Tommy is kind of this people’s champ. He’s kind of this working-class hero in some ways, too, because he does represent the working man somehow. He punches the clock. He works hard. He’s a bit of a micro-manager, which is why he’s still going street work when he shouldn’t be, but he’s got that worker mentality. He’s willing to just work and build block by block if he has to, but he realizes the best way to do it is bigger than that and with more of the finesse that Ghost brought to the game.

The final season is a war between Ghost and Tommy. Do you think there’s a part of Tommy that fears death at all? Because that’s always a possibility on Power.
Joseph Sikora: You only fear death if you have something to live for, right? I think that Tommy is finally building something to live for almost unbeknownst to himself. I think that we’ll see evolution with his relationship with LaKeisha. We are going to meet Cash. We’re going to see how Tommy fits into more of a fatherly role. So that’s another aspect that we haven’t really seen with Tommy. We’ve seen Tommy with Tariq be familial in that way but not in the capacity where he feels the luxurious burden of taking care of a family. We’ll see what those ideas look like in his eyes.

It’s interesting that LaKeisha would be in his life at this point, knowing that there’s so much at stake and there’s so much on the line. There are so many things that could happen to her, to him, her kid. Now that Tommy shot Angela, all bets are off the table.
Joseph Sikora: It’s funny. Tommy is aware of Ghost but he doesn’t really fear Ghost. It’s weird. He never underestimates Ghost. He knows what Ghost is capable of but it’s not so much fear. There’s always that time in Tommy — if it’s my time to die, it’s my time to die. And I think that’s a lot of the reason why he lives. Tommy is never running from death. He’ll face it head-on. So, if he dies this season, it’s going to be under the most extreme circumstances possible, and he’ll take everyone down with him.

Do you think that there’s any hope for forgiveness between Ghost and Tommy?
Joseph Sikora: I think Tommy thinks so but I don’t think Ghost agrees.

Going into the final season, what is Tommy’s main priority?
Joseph Sikora: Building back up his business, getting it back, getting loyal soldiers. Also, pleasing his woman. He’s taking a lot of pride in pleasing LaKeisha because she has made this commitment to him. One of the things that he appreciates almost more than anything else is true loyalty, and she’s proven it to him. Whereas Holly went behind his back to do something and her not being loyal to Tommy was her ultimate demise. He was passionately in love with Holly and that switch just went off I watched Of Mice and Men and re-read the play. I thought that it was so similar, that he just didn’t realize what he was doing at the time. He was just trying to shut her up and then when she was dead, he said, “Why are you doing this to me?”

Now that Ghost and Tommy are at war, where does this place Tommy’s relationship with Tasha? Tasha and Tommy are like family.
Joseph Sikora: I think that Tommy is going to find the necessity to compartmentalize Tasha and his friendship with Tasha because Tasha has put herself in a place of being at odds with LaKeisha. So she’s put herself at odds with Tommy. Tommy’s really going to have to negotiate those two relationships. I think that’s going to be one of his trickiest tasks this season. When he found his other family, his father, that went the wrong way. Tommy’s always been searching for family and who he is. I think that the more people he meets, and the more situations that he’s in, the more difficult that is for him to have self-realization of who he is. Tommy is always on this search whereas Ghost found what he wants. We follow Ghost’s pursuit of what he wants, and we’re following Tommy’s journey of self-discovery through this whole thing.

Looking back, is there any scene on Power that continues to stick out in your mind?
Joseph Sikora: Yes, Tommy killing Holly. I feel like that was really difficult to do because every angle, you’re in it someway. To keep that up for 10 hours, just that scene, and we shot other scenes that day but just that scene was ten hours. To stay in that place for that long, I couldn’t have done that without Lucy, who stayed in the same place as well. She’s a phenomenal actor and that was probably the most impactful scene that I can remember in the entire series, but I’ve had so many scenes. I have the luxury of working with all of these phenomenally great actors. You know, Lela [Loren] is such a fine actor and Naturi [Naughton] and Omari [Hardwick] and just working with so many of our guest stars.

Shifting over to Ozark, what’s it like taking on a new TV role when you’ve played Tommy for so long?
Joseph Sikora: It is far more difficult than I thought it was going to be. It’s a much smaller role than Tommy. Obviously, every role is important to the story and my role is definitely a relationship lynch-pin for some of our lead actors, who we’ve known over the 2 seasons. Frank Jr. is who I play. He’s going to put the big thorn in some of our lead characters’ sides, I can safely say.

Is it hard knowing that you’re not going to go back to the role of Tommy?
Joseph Sikora: It’s only hard for me because I think there’s so much more story to tell with Tommy. I think people always tell me they would love to watch more of what makes Tommy tick. They would love to see Tommy in new situations, but that’s not my call.