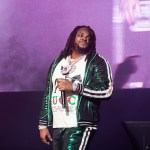 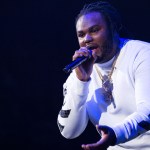 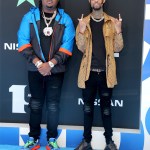 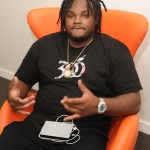 Tee Grizzley was in a car with his manager, Jobina Brown, when a gunman reportedly opened fire on the vehicle on Aug. 20. It’s unclear if the rapper was ‘targeted,’ according to a new report that details the alleged horrific attack.

Rapper Tee Grizzley, 25, reportedly lost the life of someone close to him — his manager, Jobina Brown, 41 — after bullets suddenly hit his Cadillac Escalade on Aug. 20. After driving around in Detroit, a gunman “opened fire” and hit Tee’s manager, who was in the back seat of the car, law enforcement sources told TMZ. Tee, whose real name is Terry Wallace Jr., survived the shooting, who was “getting out of the front passenger seat as the shooter approached on foot and pulled the trigger,” the sources told the outlet. Jobina could be heard screaming before “3 to 4 shots were fired,” according to what Tee and Jobina’s driver told authorities. The reason behind the alleged attack remains unclear, but Tee and his driver were not hit, TMZ reported.

Tee reportedly stayed on the scene until his manager was rushed to the hospital where she passed away, the sources added. HollywoodLife reached out to Detroit Police, and the department confirmed that a fatal shooting took place on Tuesday night, Aug. 20, aligning with TMZ’s report. While the police couldn’t release names, the department provided the following statement: “On August 20, 2019 at approximately 9:00 p.m. in the 3000 block of 3 Mile Road, a 41-year old female was shot while sitting inside of a black Chrysler 300. Prior to the shooting, the victim was traveling in the vehicle with two other occupants (25 & 34 males). The driver of the vehicle stopped at a location in the 3000 block of 3 Mile Drive where a male occupant exited. Shortly afterwards exiting, shots were fired and the victim was struck.”

The police also revealed that the suspect is “unknown at this time,” and therefore no one has been arrested — the Detroit Police Department’s homicide unit is still investigating. This information is still preliminary and therefore subject to change. Tee was very close to his manager, whom he endearingly referred to as his “Aunty” in a March 2017 Facebook post. We have yet to confirm if Jobina was Tee’s biological aunt.

Tee is most known for his 2017 track, “First Day Out,” which racked up more than 120 million YouTube views by Aug. 2019. He earned an impressive nod from the 2018 MTV Video Music Awards with a nomination for “Push Artist of the Year.” Just three days before the alleged shooting, Tee released a music video with Sada Baby for their track “Next Up.”