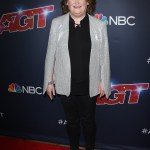 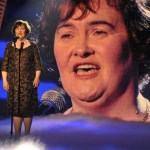 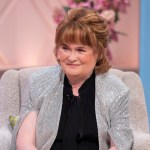 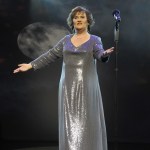 Susan Boyle had all eyes on her when she stepped out looking amazing with a new hairstyle at the live quarter finals of ‘America’s Got Talent’ on Aug. 20.

Susan Boyle, 58, is used to impressing people with her incredible vocal abilities but on Aug. 20, she impressed for her looks as well! The talented singer showed up to the live quarter finals of America’s Got Talent with a sleek hairstyle and flattering wardrobe and looked as happy as could be when she smiled on the red carpet. Her brunette locks were cut into a bob with bangs and she her fashion included a silver blazer with slit sleeves that was draped over her shoulders, a black top and black pants.

Susan, who is Scottish, first gained fame when she wowed judges with her amazing audition on Britain’s Got Talent in 2009. She stunned everyone when she gave one of the best performances of Les Misérables‘ “I Dreamed A Dream” anyone’s ever seen. Since then, she’s gone on to have massive success despite not being the winner of the show that season. From having the best selling debut album in the U.K. in 2009 to appearing on the popular dancing competition series Dancing with the Stars, she has proved she can do it all.

She continued to prove that earlier this year when she competed on America’s Got Talent: The Champions. She earned The Golden Buzzer, making it straight to the live finals and finished strong in the top 12. There’s an upcoming Britian’s Got Talent: The Champions special planned but Susan will not be able to participate due to a conflicted schedule.

In addition to her singing talents, one of the reasons Susan is a favorite among fans is because of how open and relatable she is. She still lives in her parent’s small home in Scotland despite her financial success and has publicly admitted she was diagnosed with Asperger syndrome in 2013.