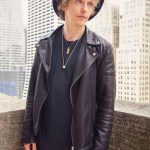 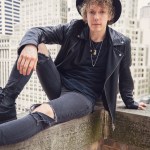 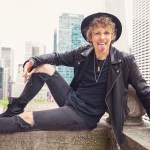 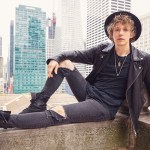 Andrew Polec takes on the music of Meatloaf in ‘Bat Out Of Hell: The Musical’ & tells HL about his one-on-one time with the rock legend.

Jim Steinman‘s Meatloaf musical has been in the works for over 40 years, but his dream has finally become a reality with the eccentric stage presentation of Bat Out Of Hell: The Musical, that has had NYC theater-lovers rocking throughout the summer. The show’s lead, Andrew Polec, was plucked out of a casting with his big floor tom drum, after he ventured across the city streets from a Spongebob audition in 2015. “At that time I was auditioning for everything and doing open calls everywhere. You’re either seen or you’re just filling time, so I didn’t take it personally when I didn’t hear anything,” Andrew explained in an EXCLUSIVE interview with HollywoodLife. “But then, two weeks later, I got a call and they said they wanted to see me again… and to bring the drum.” Andrew was cast as the lead, Strat — the leader of a group of teens called “The Lost,” whose DNA froze to make them young forever.

The musical uses the beloved music of Meatloaf‘s trilogy of albums, Bat Out of Hell, Bat Out of Hell II: Back into Hell, and Bat Out of Hell III: The Monster is Loose. In taking on the role, which he debuted in Manchester in 2017, Andrew revealed the incredible advice the man himself gave him upon meeting for the first time. “We were going to the Q music awards in the UK, I got into the car with his body guard and his personal assistant and everyone, and I immediately just said, ‘You’re my hero, you’re a rockstar, you’re a legend,’ and he just put up his hand as if to be the Godfather, and was like, ‘Let me speak,'” the actor explained. “He said, ‘Don’t call me a legend, don’t call me a rock star. I’m just an everyday guy. I’m just your regular guy. I’m human just like everyone else.'”

Andrew continued to say that Meatloaf told him to “not do an impression of me.” “He said, ‘You can’t be me and I can’t be you, you need to put your own spin on it. You need to find what’s so important about these stories and what’s so important about them to you and create your own story with them. Create your own personal connections. Be the story in all of your flesh and blood and bones. And once you’re able to do that, then you can give it to the audience and they can receive it as a gift.'”

In keeping up with the insane vocal range that comes with BOOH, plus the Broadway-grade choreography that goes along with it 8 times a week, Andrew has found ways to embrace Meat’s style. “The treadmill is my best friend when it comes to doing intensive sprints, and then just trying to run a mile to any of the songs on the album,” Andrew laughed. “By the end of the first number, we’re all walking off that stage sweating profusely, but I know that the audience is cheering us one, and so it’s just a joy.”