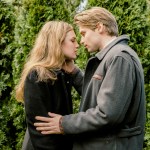 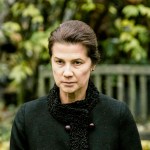 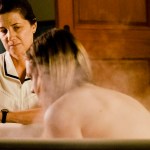 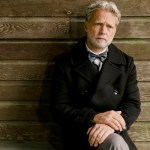 ‘Gates of Paradise’ is the new V.C. Andrews movie premiering Aug. 17 on Lifetime. HL spoke EXCLUSIVELY with Daphne Zuniga about her wicked turn as Nurse Broadfield, her next directing project, and more.

The next installment of the V.C. Andrews Lifetime movie series event is Gates of Paradise. The movie premieres Aug. 17 at 8 p.m. and follows Heaven’s daughter Annie (Lizzie Boys), who finds herself orphaned and crippled. She’s taken to Farthinggale Manor by Tony Tatterton (Jason Priestley), and Annie pines for her lost family, especially for her half-brother Luke (Keenan Tracey). At Farthinggale Manor, she meets the wicked Nurse Broadfield (Daphne Zuniga). When Annie discovers a cottage hidden in Farthinggale’s woods, the mystery of her past deepens.

HollywoodLife talked EXCLUSIVELY with Daphne about her brand-new role in the Lifetime movie. She discussed diving into the “deliciously bad and evil” Nurse Broadfield and working with director Gail Harvey. Daphne also opened up about the new movie she’s directing, The Waiting Room, and what she learned from the first time she directed. Since she’s co-starring with BH90210 star Jason Priestley, we had to ask Daphne about a potential Melrose Place reboot or revival.

What drew you to the role of Nurse Broadfield in Gates of Paradise?
Daphne Zuniga: It was that the part was so extreme and so deliciously bad and evil, that I couldn’t not. And I was lucky because the rest of the script was really, really well written. So it’s a real kind of high-level of writing and I thought it was interesting and so was that gothic eeriness. But the first and the main thing was the part that I got to play was, I thought, the best part.

What was that like for you diving into such terrifying role and having to sort of transform into that?
Daphne Zuniga: I just went right into it. You know, if you’ve been doing this for as long as I have, I’ve probably acted different degrees and variations of someone so evil, I just had to kind of take off the stops and let go of the judgment and just go all the way. Just be a woman on a mission to have this girl do it her way. I also was like, I’ll just pretend that Nurse Broadfield thinks this little privileged brat is trying to get her fired. Like, she had a lot of motivation for her to just shut up and just do her my way. It wasn’t just kind of randomly mean. I just made it like, this is just a little brat. I mean, you have to find the motivation. You have to. Otherwise, the audience can tell. It’s kind of like if you’re playing mean or playing quote on quote evil, if you’ve justified it in your mind as a human being, whatever that human being is, you justify it to the audience and that’s so much scarier. Because we all know someone with intention and motivation behind their actions and their words is terrifying.

You’re a director yourself, so what was it like working with a female director like Gail Harvey on Gates of Paradise?
Daphne Zuniga: It was phenomenal. And she was so helpful and excited that I was directing, that she actually sent me her shot list, her music list, her, and some images that she had saved for this movie that I was actually acting in. I just learned from her. We just had this wonderful rapport, because sometimes she would say, “Okay, I got that, but let’s bring it down a little bit. Just bring it down and make it more internal.” And so, because I had already edited my movie, I knew exactly what she wanted. She wanted choices in the editing room. Because I already edited my movie, I knew that even though I’ve been in movies now for 30 years as an actor, now that I’ve been in the editing room and on the other side of it, I get it. I get how putting this whole thing together is so much more than just each individual performance. So she really helped me with that, and I was happy to give her the variety that she wanted.

You’re also directing a second film called The Waiting Room. What inspired you to take on this project
Daphne Zuniga: It’s an indie film and it a drama about a family who survives the suicide of the mother. So, here we are two years later and it’s the single father and his two teenage daughters. What fascinated me with this is that the father is a police officer, so he’s very not in touch with his feelings, as is true for many men. And then these two daughters that he’s still raising are the opposite. They are young women who feel everything. So they have to go and meet with a therapist to help them get through this. So it’s kind of the opposite of the thriller I directed for Lifetime, and it just attracted me because I love working with actors and tried to create a really beautiful, intense and truthful performance. So that excites me and that it’s something different.

Is there something that you learned from the first time that you directed that you’re definitely going to bring to the table this time around?
Daphne Zuniga: The one thing I’ve learned is that, if you really want it, if something is in your head and you really want it to be on camera, you can’t let go of it and assume somebody else a) knows what you’re talking about, and b) is going to carry it through. Carry it out. It’s a lot of moving parts to make one image on camera. So whether it’s like we have to be at the magic hour at six o’clock on that day on that mountain, that doesn’t mean like somewhere between four and five or six, it means exactly six and then we have to start shooting at six-fifteen. So to make all this happen you cannot leave it up to chance, you have to be very specific. Like there were some shots that I loved in my last movie that I just saw in my brain, and they wouldn’t leave my mind. So I wanted a steady cam on that day, I wanted it to be nighttime, I wanted a certain song, I wanted a certain emotion from this actor at that point. And all those together, I just had to make sure all those things were happening. I was really satisfied when it all came together, and then there were some things that I didn’t realize so they missed the mark. They weren’t exactly what I wanted, but it’s all learning process.

You’re working with Jason Priestley on this Lifetime movie and we’re currently immersed in this whole era of reboots and revivals. How do you feel about these iconic shows coming back now? I find that so fascinating.
Daphne Zuniga: I feel like everything kind of has been coming back. Like the ’70s kind of came back with Dukes of Hazzard and whatnot. I’m going to look at this 90210 and see how it is and see if it’s worth putting heads together with some Melrose Place fans.

Would you be interested in something like that in the future?
Daphne Zuniga: It really depends on the script. If it’s tongue-in-cheek and a comedy, that would have to be good. I know that people would be open to it if the material’s great.