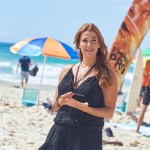 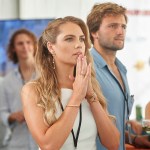 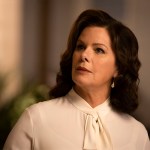 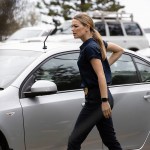 ‘Reef Break’ season 1 is well underway and HollywoodLife spoke EXCLUSIVELY with star Poppy Montgomery about what’s ahead for Cat, the finale, and her season 2 hopes.

Reef Break has been making a splash this summer and the episodes ahead are going to epic. HollywoodLife sat down EXCLUSIVELY with the one and only Poppy Montgomery, who plays Cat Chambers on the ABC summer series, to talk about what fans can expect. “Well, we can expect a lot more action, wild, on the water, crazy, criminal Cat Chambers adventure and there is some romantic twists and turns that actually…” Poppy told HollywoodLife. “And I’ve said this about shows before and I’m like, it’s quite surprising, and it isn’t really. This is actually quite surprising where it turns out Cat goes romantically.”

Cat and Wyatt’s whole will-they-or-won’t-they dynamic has been thrilling to watch this season. Fans really ship them together, but Poppy teased a big romantic twist. “Cat loves Wyatt. She loves Jake. But there’s a whole next level of love. It’s already in existence on The Reef.”

The finale is coming up in a few weeks and Poppy hinted that Cat gets herself into some serious trouble that will leave fans wanting more. “It does end on a cliffhanger, actually on a really big cliffhanger, and Cat finds herself really on the wrong side of the law so it all kind of goes south in the last 2 episodes.

Poppy also revealed what she’d like to see in season 2. “I think her past, how she ended up who she is and where definitely needs to be explored more,” Poppy said. “And her pro-surfing past and her criminal past. She ran with a gang of bad surfers so I’d like to see us dive into that more.” Reef Break airs Thursdays at 10 p.m. on ABC.