It’s not every day that the private Natalie Portman, 38, is seen taking her two kids, Aleph, 8, and Amalia, 2, out for a day at Disneyland, but that’s the power of the Magic Kingdom. The Thor: Love And Thunder star had a blast with her kids at the California theme park on Aug. 14. She was seen riding the Big Thunder Railroad ride with her oldest before introducing her daughter to Minnie Mouse. Afterward, it was a bit of a homecoming for Natalie. The actress, who portrayed Padmé Amidala in the Star Wars prequels, took her kids to Disney’s new attraction, Star Wars’ Galaxy Edge.

Natalie and her husband, Benjamin Millepied, 42, have done their best to give their two kids a normal childhood away from the Hollywood spotlight. Natalie and Benjamin met first on the set of Black Swan, and they worked together again on her 2019 movie, Vox Lux. “It was really fun because I think he knows me so well, and what my strengths and weaknesses are in dancing, that he was really able to create choreography very seamlessly and quickly because we had very little time,” she told People in 2018. “So it was very convenient that he knew me so well, and that he’s as talented as he is.”

“It was fun to get to watch him create because I don’t often watch him in the studio. Just to see the ease and the expertise that he has, and of course with different kinds of dance too, was really, really stunning,” she added. 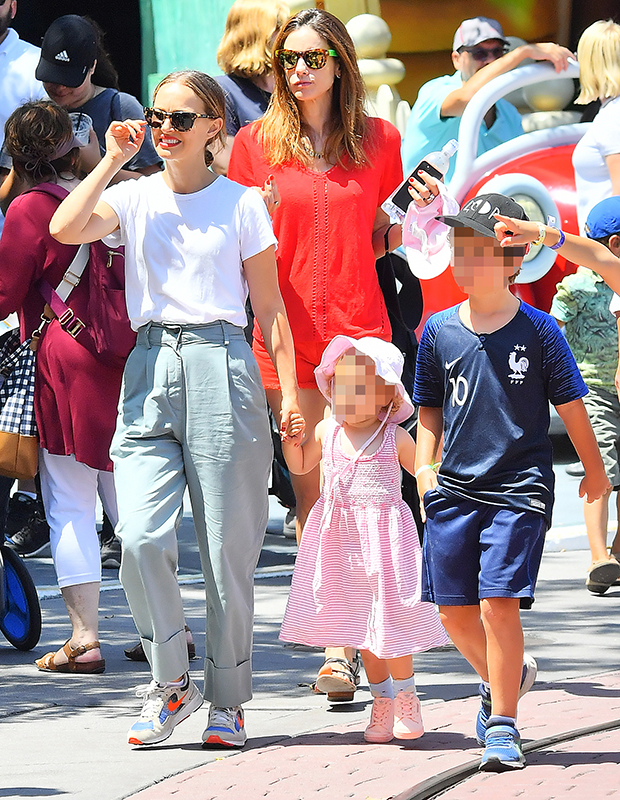 While it may be a few years before Natalie’s children will be old enough to see her work in Vox Lux and Black Swan, they should be old enough to watch her kick galactic butt in the Star Wars prequels, right? Well, Natalie said on a 2016 episode of Jimmy Kimmel Live! that she hadn’t shown her son the movies because — spoiler alert! — she dies in the end. “You know, when I made it, I was like, ‘This is going to be the coolest thing. One day when I have kids, I can show them.’ And boys, of course, are obsessed with it and know all about it before they’ve seen it. [But] I realized, I die in the movies. I feel like it’s kind of a scary thing to show your kid,” she said.

However, Aleph is 8-years-old now, and the right age to get obsessed with Star Wars. Plus, as Natalie told Empire, a lot of people have come around on the prequels. With the perspective of time, it’s been re-evaluated by a lot of people who actually really love them now,” she said. “There’s a very avid group of people who think they’re the best ones now! I don’t have enough perspective to weigh in.” Well, maybe Aleph can clue in his mom about Star Wars.