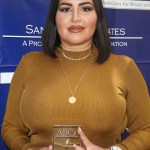 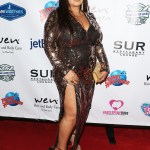 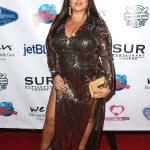 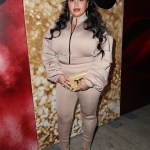 Mercedes ‘MJ’ Javid gave HollywoodLife an update on her relationship with former bestie Reza Farahan at Beautycon Festival in LA on Aug. 11 and we’ve got all the details!

It has been three months since Shahs of Sunset star Reza Farahan, 45, was granted a restraining order against costar and longtime friend Mercedes “MJ” Javid‘s husband, Tommy Feight on May 20. HollywoodLife spoke EXCLUSIVELY with MJ, 47, at the Beautycon Festival LA at the Los Angeles Convention Center on Aug. 11 to get an update on the status of their relationship. But sadly there’s been “no progress” for the longtime BFFs, according to MJ which she quickly followed up with, “and that’s how it should be.” However, MJ made sure to send her former friend some kind words and said, “ I just wish people well.”

Tommy was ordered by a judge stay at least 100 yards away from Reza, his home, his job, his vehicle and his husband, Adam Farahan, after he allegedly threatened Reza, 45, at his L.A. home on May 19, according to court documents obtained by The Blast. In video footage obtained by The Blast, a man is seen throwing pots, plants and outdoor decor across a front yard before he proceeds to hop the fence. “At 2:18 p.m. he called and said he was going to kill me. At 2:34 p.m. he was caught on video vandalizing my home,” Reza claims in the court documents and also wrote that Tommy was allegedly “holding a bat in the video when he showed up at my home.”

“Mercedes is going through a lot surrounding Shahs and the cast. She’s fed up,” a source told People. “Before she went into the hospital everything was fine between Reza and her, but during the time that she was in ICU and intubated, Reza blocked her on social media and never reached out once,” the insider added. Meanwhile, Tommy headed to court on July 26 and pleaded not guilty to charges of trespassing and vandalism, and a pretrial hearing was scheduled for Oct. 25.