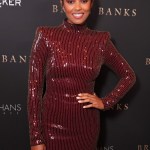 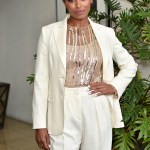 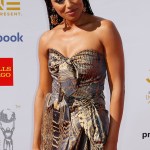 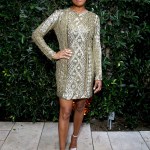 Melanie Liburd stepped into familiar territory, when she took on her new role in the movie, ‘Brian Banks’.

Melanie Liburd gives a moving performance in Brian Banks as the girlfriend of the titular character, a former high school football star who spent six years in jail after he was wrongly convicted of rape when he was just sixteen. Brian Banks‘ unwavering fight to clear his name made headlines for it’s unlikely twist (spoiler alert: his accuser admitted on camera that he didn’t rape her). Now, it’s a gripping feature film. During the movie’s LA press junket, Melanie explained EXCLUSIVELY to HollywoodLife why it was a “gift” to be a part of the cast.

The stunning 31-year-old, who was joined by her co-star Sherri Shepherd, 52, for the sit down, said of her emotional role: “Karina is also a victim of sexual violence, like my character on This Is Us . I did this (movie) before I got This Is Us actually. So, I had studied a lot about (my character) Karina and victims of sexual violence and wow, I mean Karina was a person that was in college, she was raped, no one believed her, she lost her focus, she dropped out of college. And then she meets Brian and Brian’s been a victim in his own way and I think that through that they help each other heal. And it just brings some light to all this awful thing that happened.”

The injustices in the American judicial system are front and center in Brian Banks and when we asked Melanie what she hopes the movie will accomplish she told us her goal is to, “bring awareness.” She went on to say that she’s grateful to have been a part of the film. “To make movies that actually matter, that can change peoples minds that can educate people about something that they know nothing about. I love to watch movies like that so to be included in a movie like this is an absolute gift.”