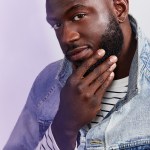 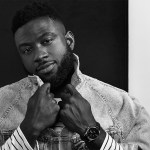 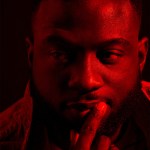 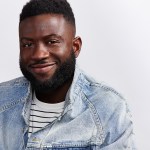 Sinqua Walls stars in the new Netflix film ‘Otherhood’ and spoke EXCLUSIVELY with HL about working with the legendary and ‘supportive’ Angela Bassett, playing Don Cornelius in ‘American Soul,’ and more.

Sinqua Walls is a busy man these days. His new movie, Otherhood, was released Aug. 2 on Netflix. The 34-year-old plays Matt Walker, the son of Angela Bassett’s character, in the film. HollywoodLife spoke EXCLUSIVELY with Sinqua about working alongside Angela and forming that familial bond. He said Angela was “so supportive” throughout filming. They didn’t just play mother and son in Otherhood and call it a day. Angela has “become like a mom” to him in real-life as well.

He also recently starred as the legendary Don Cornelius in the BET series American Soul. The series was recently renewed for a second season. Sinqua opened up about diving deep into playing Don Cornelious, the host of Soul Train. He talked about the “pride,” “responsibility,” and “accountability” he felt taking on the role and so much more.

What was the dynamic like on the set of Otherhood?
Sinqua Walls: Honestly, it was really familial. We became a family. I think everybody was cast appropriately to play each other’s respective mother and son, and we had a good relationship and a great vibe. Angela’s become like a mom to me in this industry, like an auntie. She’s been so supportive, and that started in the table read and has continued even into now. But it was great, I think I learned a lot. I knew that coming into it looking at her legacy and the career that she’s created, and also just hearing about her reputation, that I had to be prepared. It was something that I was really focused on, it was something that my agent actually was really emphatic about for me, to make sure you do your work so that she knows that even though you’re a young guy in the game, you respect the craft, you respect her process, and you’re grateful for the opportunity. So I walked in every day making sure that I was on book completely and just flowed with her and followed along however I could.

How much of your relationship with your parents did you pull to get into character on Otherhood?
Sinqua Walls: My mother and Angela are very similar. They are very direct, they can be outspoken in what they want to say, and they do not mince words. Angela’s character in Otherhood, Angela in real life, and then also my mother in real life, they don’t mince words and they don’t hesitate to tell you how they really feel. I really just kind of used that personal relationship — if my mom came to live with me, what would happen? I remember once, I was filming in New York and my mom was like, “I’m going to come to visit you in New York,” and I said, “All right, cool, but you can’t stay with me.” She goes, “Oh, honey. I would never stay with you.” The way she said it was just like if you’re going to hit me, I’m going to hit you back. I was like, well, now I want you to stay with me, you know what I mean? I wanted to change it up. So I definitely saw a lot of her in the character of Carol in the movie.

What would you say you learned most about your relationship with your mom while working on this project?
Sinqua Walls: I’ve always been a person to just appreciate the time that I’m given with people. My mom has been such an influential force in my life. I don’t think I learned anything new, but always remember to just value her even more. Not to take those days for granted. I realize a lot from walking around as a man today and a young man, that a lot of the voice that I hear in my head, or a lot of the lessons that I apply when I’m interacting with people or when I’m making decisions in my life, are those lessons that were implemented by my mother. I think more than anything I’ve become even more grateful and appreciative that she took the time to do what I thought was nagging, and now I realize were jewels, and I hear them all the time now. So I thank her for those more.

How did you and Angela connect on a motherly level and what did you learn the most from her?
Sinqua Walls: Oh, wow! You know what, we both were committed to the process so the first table read we had at Netflix, we were introduced and  instantly I said, “Mom.” She said, “Son.” From there, we just kind of started building that. We had another rehearsal, we just sat down, talked, and listened to each other, and I think we both kind of came from that same school of courtesy and respect. If anyone’s had an opportunity to meet Angela they know that she appreciates all people that she interacts with, gives you time, gives you grace, gives you courtesy. I kind of follow the same school of thought, so when we talked we just met as human beings trying to create this story, and I just listened. At the end of the day, your parents are put in the place to be stewards over you and teach you something, and I gave her that and she gave me wisdom at the same time so it was easy.

You also star in American Soul, so is Broadway next for you?
Sinqua Walls: I’d love to do Broadway. Again, I think looking at the opportunity to work with Angela, even using American Soul as the opportunity to step in the shoes of Don Cornelius, who is the character I play on American Soul, I would do my work and prepare. I think at the end of the day, as an actor all we can do is make sure that we give everything we can, to whatever character we’re portraying, whatever story we’re telling. Even with Broadway, I’d make sure that I carved out the time to sit down and make sure that I did everything I could for however long that run is and to not cheapen the process in any way.

You play Don, what does playing that role mean to you?
Sinqua Walls: It means pride, it means responsibility, and it means accountability. I think when I look at what our show does, but also what Don Cornelius did as far as moving culture forward and obviously being a representation of the black community at that time when there was an era of civil rights movements, we’re still overcoming certain levels of racial oppression and color repression. He did something that had never been done before. He had an idea that he stuck to it with, and then he also became a representative for everyone else and spoke on behalf of everyone else that he felt looked like him or related to him, and created something that transversed all continents in a way now. Everyone listens to that type of music. I go talk to people in London and they know Soul Train, you talk to people in Italy and they know Soul Train. So, there’s an overwhelming amount of responsibility to what he created. Then also, any time you step into someone’s shoes to honor their legacy… Don’s no longer with us but his family still is, and you don’t ever want the family to go away going, “That’s not who my dad was, who my grandfather was, or who my husband was.” I felt that pride and responsibility and accountability to just serve the story.

How do you relate to the character?
Sinqua Walls: I relate to Don because Don means what he says and says what he means. I did not realize until I got more stories from other people about him how much he lived by that. You knew where you stood with Don Cornelius. Because he was shrouded in so much mystery and because fame was different at that time, you didn’t get to interact with him every day, so you didn’t hear that. But when you hear secondhand stories or accounts from his son, Tony Cornelius, you hear that he did not play. Everything he said he meant, and if he said he was going to do it, he did it. I try to be a man of my word in all aspects, so I really relate to him in that way. 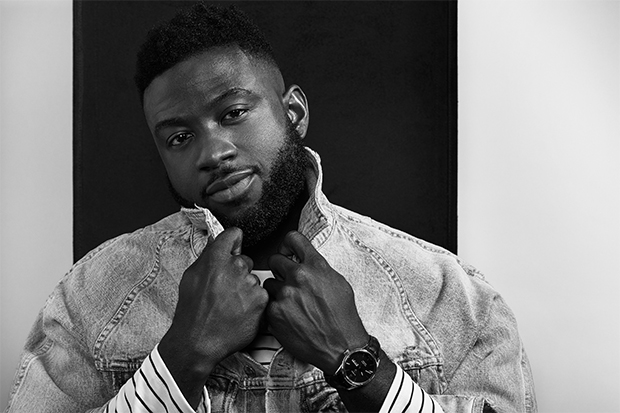 How do you ensure you’re doing the late Cornelius justice?
Sinqua Walls: By making sure that I know the research and talking to the people. Honestly, I talked to his family immensely. I talked to his granddaughter. I talked to his friends that knew him. I talked to his son. I watched documentaries upon documentaries. I read books upon books. I watched a hundred episodes of early Soul Train, to make sure that I was honoring that man’s legacy as much as I could and I’m still doing the work. I’m never thinking that I know everything and never not acknowledging that what I’m doing is trying to tell someone’s story that came before me. As an actor, you can get in that space of being like, “I know what I’m doing.” I’ll never know Don Cornelius completely. As long as I keep that humility I’ll be able to honor that story, and hopefully, he flows through me in that process.

What would you say is Don’s biggest contribution to pop culture with Soul Train?
Sinqua Walls: I think the dancing, the style, the music, and the fashion, all by way of the same kind of melting pot that he created with The Soul Train Gang and with the Soul Train Line. Allowing people to be colorful, allowing people to be expressive, and in letting the music kind of speak for itself. Letting the dancers just kind of be funky and groove. You know, we see a lot of that implemented when you saw Michael Jackson and when you see other artists that are performing today, the dancing that they do creatively, that was created in the space of Soul Train. Come on and be yourself, be authentic, be spontaneous, and now you see a lot of people kind of taking that precedent now and moving it forward.