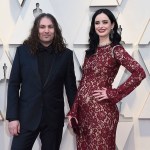 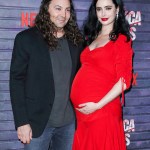 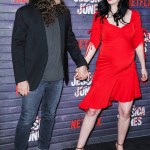 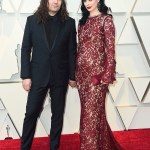 Congratulations to Krysten Ritter and Adam Granduciel! The Marvel star and her rock star boyfriend of nearly five years welcomed their first child, a son, on July 29.

Welcome to the world, Bruce Julian Knight Granofsky! Actress Krysten Ritter, 37, gave birth to her first child on July 26, in Los Angeles, without the public knowing, according to a birth certificate obtained by TMZ. Krysten and her boyfriend of almost five years, The War on Drugs frontman Adam Granduciel (real last name Granofsky), have yet to announce the happy news themselves. Unfortunately, that means we have yet to see any pictures of their bouncing baby boy! Krysten, who starred as the ass kicking, whiskey swilling, private eye turned superhero in Netflix’s Marvel shows Jessica Jones and The Defenders, revealed her pregnancy as a surprise, as well.

The Marvelite, who frequently posts on Instagram, started posting pics that only showed her from the chest up, or wearing baggy shirts. Fans didn’t think anything of it, though. And then — bam! — she showed up on the red carpet at the Oscars in February 2019 with a full, giant baby bump. Krysten and Adam looked giddy as they walked into the awards show, Krysten stopping to pose for cameras after revealing their exciting secret. She looked fabulous in a form-fitting, burgundy lace gown that showed off her baby bump perfectly. Later that night, she posted one of the red carpet pics on Instagram, and captioned it, “Surprise!!! #oscars ❤️”.

The couple were happy as can be on the red carpet for the premiere of Jessica Jones season 3 (the show’s final season, sadly), where Krysten got goofy for the cameras while pushing out her growing baby bump. The Don’t Trust the B—- in Apartment 23 star was radiant in Netflix red for the event, rocking a right, ruched dress, heels, and matching lipstick, all in the same scarlet hue.