Kelly Rutherford would love to join the Gossip Girl reboot! — XOXO, HollywoodLife. “It was exciting,” to hear the news, Kelly, 50, told us of the forthcoming reboot during an exclusive interview. The classic CW guilty pleasure, which aired from 2007 until 2012, will now air on HBO Max for a 10-episode run. “It was such a beautiful time in my life and such a great role, and working with all these people was such a gift and such a joy,” Kelly said, adding that she “of course would love to return!”

But, whether or not she comes back to the Upper East Side, Kelly, who said she still keeps in touch with the cast, vowed to always support Gossip Girl. “Any way I can support it or be a part of it, I’d love too,” she said. “Thankfully, most of us are working on things, so it’s good.” As for how the original cast — which included Blake Lively, 31, Leighton Meester, 33, Penn Badgley, 32, Chace Crawford, 34, and Ed Westwick, 32 — could join the reboot, well, Kelly isn’t too sure. “I don’t even know how we would do it,” she admitted. “But, we could at least come on here and there, which would be fun.”

The modern version of Gossip Girl will explore the lives of a brand new group of Manhattan’s popular and wealthy kids, which Kelly is intrigued by. “I’m looking forward to seeing what they do with that now that social media has gone even further,” she explains, adding that “so much has changed” with technology and social norms. “When we did it however many years ago, social media was just sort of becoming a thing. It was new at the time,” Kelly explained. “In the original series particularly, you didn’t really see social media. So now, I’m excited to see how they’ll advance that.”

While it’s unclear if everyone from the original cast will return, the show’s co-creator Josh Schwartz is totally down for the OG’s to return if they’d like. “We reached out to all of them to let them know it was happening and that we would love for them to be involved if they want to be involved…,” Josh told a group of reporters, including HollywoodLife, at the Television Critics Association summer press tour on July 26. “They played those characters for six years and if they felt like they’re good with that, we wanted to respect that. But obviously, it’d be great to see them again.” He added that the forthcoming reboot is not necessarily a reboot, but a “continuation” of the world that the original series took place in. There is no premiere date yet for the new Gossip Girl series. HBO Max will not debut until 2020.

In the meantime, Kelly’s got her hands full with a slew of projects. She currently stars in the five-part Lifetime movie series adaptation of V.C. Andrews’ Casteel Family novels. After the premiere of Heaven, Lifetime aired the second movie, Dark Angel on August 3, which Kelly starred in as the icy, martini-drinking grandmother named Jillian. Fans can watch her in the third movie, Fallen Hearts, which premieres on Lifetime on Saturday, August 10 at 8 pm ET/PT.

Kelly stars alongside Jason Priestley, who plays Tony, her onscreen husband. “He’s amazing as an actor, obviously,” Kelly said of her costar. “Everyone knows him as an actor, but he’s also an incredible director,” she added, noting that Jason directed one of the two movies, which impressed her to say the least.

Kelly’s onscreen relationship with Jason’s character is complicated, she admitted. “Jillian’s so in love with him and you know what love does to us sometimes. It’s light, it’s dark, it’s passionate, it’s real, it’s dealing with different subject matters in a way that you can watch with perspective and it’s good. It’s really fun,” she continued. 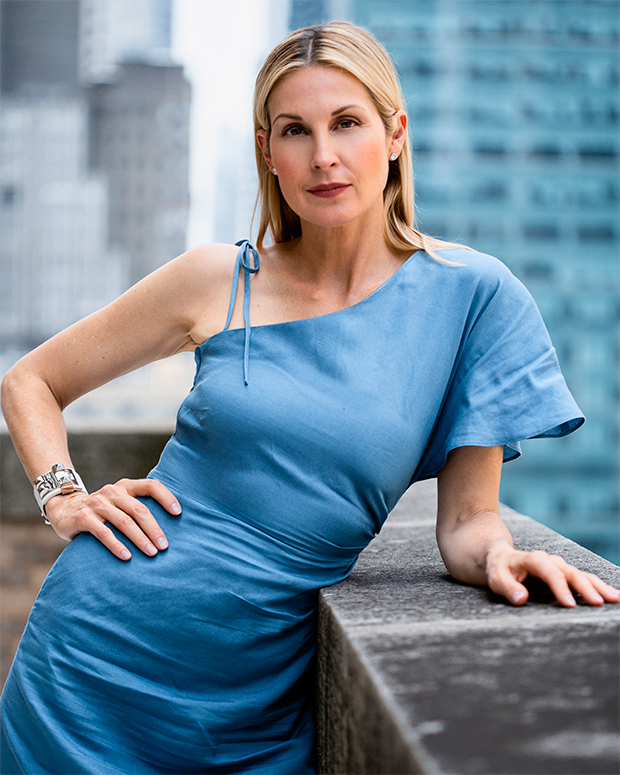 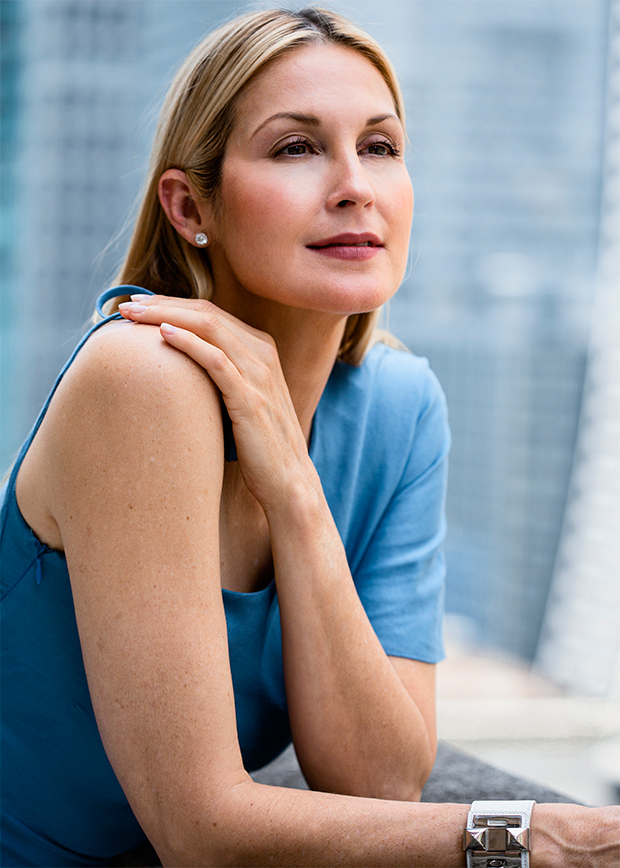 Jillian is a character who is often drunk, which Kelly found comical since she doesn’t even drink. “It was very liberating and cathartic in some way to play someone that’s just sort of off the rails,” she said.

“It was really fun because you think, ‘Really, can I go there? Can I go there?'”, she explained of channeling her fiery character’s personality. “And, I just kept pushing it a little and pushing it a little more. It was really fun, and Jason was so great with me.” Kelly recalled, “You know, we have this one scene where I literally walk into a room and I’ve had quite a few cocktails and embarrass everyone a little bit and he’s just… He was so good. Just like an anchor in the scene for me.”