Patrick Schwarzenegger‘s never looked better! The actor, 25, goes shirtless for his new role as Daniel in the trailer for Daniel Isn’t Real, a new horror film out later this year on December 6. Patrick plays the tattooed titular character in forthcoming film, which centers around a disturbed college freshman, Luke (Miles Robbins), who suffers a violent family trauma, and resurrects his childhood imaginary friend (Daniel) to help him cope. While Daniel Isn’t Real looks terrifying to say the least, Patrick’s ripped abs were quite the distraction in the movie trailer.

The actor’s personal trainer, Eric Fleishman (aka, Eric the Trainer) says his client’s abs are a combination of a few things. “Patrick’s abs come partially from determination in the gym and partially from great genetics,” Eric tells HollywoodLife during an exclusive interview. The celebrity trainer works with his star-studded clientele at the ETT Mecca, his private gym in Burbank, California.

Instead of following one strict diet or workout with Patrick, or any of his clients, Eric tailors his regimens based on the individual he’s working with. “We embrace the science of change with our clients, aligning their exercise, diet, and sleep. We design their diets based upon their individual desired results, because while some actors need to lose weight for roles, others must grow much larger to become their character,” he explains, adding, “We use an incredible food delivery service called Sunfare, to fulfill their dietary needs.” 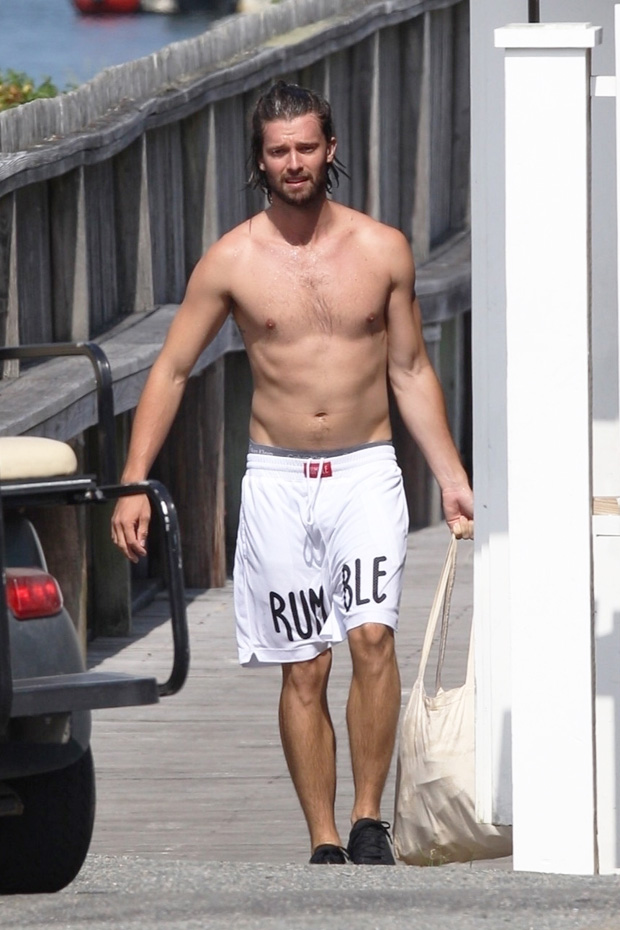 Nonetheless, there are days that Eric may go on social media and see his clients, Patrick specifically, indulging in things that are not on their diet plan. “Anytime I see him eating ice cream on social media, I always send him a FITNESS 911 emergency message,” Eric admits of Patrick. “Hopefully, he sees it and drops the spoon.”

Related: Arnold Schwarzenegger’s Children: Who Are They?

Through his one-on-one training with Patrick, Eric has developed a great relationship with the actor, who he says he bonds with over creating a positive society in the gym. “We talk about all of the incredible art that surrounds us. We’re living in a time where we have unparalleled access to television, films, music, and digital art. And, it’s exciting to be in a gym where so many artists come together and share ideas,” Eric says, explaining, “We all love the feeling of friendship and unity the gym affords. It’s one of the last level playing fields in society, because in a t-shirt and sweats one cannot distinguish the studio executive from a valet parking attendant. I like that.”