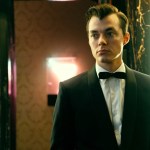 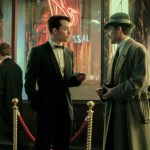 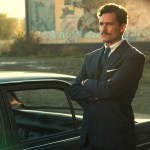 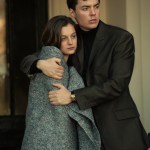 ‘Pennyworth’ is taking us back to Alfred’s early days, but it’s not what you would expect. HL spoke EXCLUSIVELY with EP Bruno Heller about their complex dynamic after the premiere, Martha Kane, and more.

Pennyworth introduced us to Alfred Pennyworth’s life before he was Batman’s butler and caretaker. When Pennyworth begins, Alfred is back from the war and looking to start a security company. The show kicked off with a thrilling series premiere that featured new and exciting characters, as well as familiar faces. One of those familiar faces is Thomas Wayne. Alfred and Thomas Wayne meet in a chance encounter, but Alfred soon finds himself caught up in Thomas’s dangerous world.

HollywoodLife talked EXCLUSIVELY with executive producer Bruno Heller about what’s next after the epic series premiere. He teased that Alfred’s relationship with Thomas Wayne will remain complicated and there will always be a “certain distance” between the two of them. He also talked about the introduction of the “fearless” Martha Kane, who eventually becomes Bruce Wayne’s mom and Thomas’s wife. Plus, Bruno revealed why Jack Bannon was the best choice to play Alfred Pennyworth and the potential for Batman Easter eggs in season 1.

How long has Pennyworth been in the works?
Bruno Heller: Purely as an idea, quite a few years. I was thinking about it towards the end of Gotham’s run. It was naturally something that was talked about inside WB and DC, as they say, as an extension of the brand. At first, when it was raised, I was like, I’ve done Gotham for all these years. But once I started thinking about the actual possibilities that the character allowed, I got more and more excited about it because he’s a great character whose story hasn’t been told for a well-known character. It was a chance to go back to the London of the early 60s, which I’m afraid to say, is the London of my very own youth. So I kind of knew that world as soon as I thought about it, I could see the world that we have created and that kind of mashup of different eras and combination. London is very much a kind of bleak and gothic but also glamorous and sexy place. A bit like Gotham is, too. But with more of a kind of history and folklore. The main challenge was, all right, there’s no such thing as superheroes in England or supervillains, there never has been a successful British superhero, which is odd but true. So how do you create that kind of heightened reality? It was right there in the kind of popular folklore of England, which to a degree is worldwide. Jack The Ripper, Jekyll and Hyde, all those Dickensian characters in that tone is understood to some degree all over the world. So it felt like, okay, we get to go back in time. But we get to go back in time to a world that won’t be too parochial and not understandable to a wider audience, and that was essentially the genesis of it.

Since some of these characters are featured in the comics, so how much free reign can you have with this story and Alfred’s backstory?
Bruno Heller: Well, as free-range as we want really. Except with the very large aspect of Thomas and Martha have to get together in the end. Alfred has to end up being their butler. So as long as we have that as a finish line, then the more twists and turns the story takes on the way there, the better. It also means that everything that happens in that period is charged by the audience’s understanding of where the story ends. The whole audience knows more than the characters in the story do, which some people sort of treat as a problem. I think it actually adds to the richness and drama of a show because it’s like hearing about your parents’ early life.

At the center of the show is Alfred Pennyworth, of course. Getting that casting right was key and Jack is incredible. What stood out to you about Jack that made you want to cast him?
Bruno Heller: It was a rigorous casting process. Because obviously, this whole show depends on getting it right. Any of the other characters you could adjust to what you get. But he had to be… perfect. But also unexpected and give you a sort of a revelation about the character. The key thing for me that Jack brought to it was we had this a one-page piece of dialogue for the potential Alfreds to read. And it was him walking into a pub and trying to get some information from the bartender. Pretty much everyone who came in as good as they were, played it with the menace that you would expect from an ex-SAS soldier. There was a kind of physical fear they were trying to put into the other guy. Jack came in and did it with charm and humor and warmth without ever losing the kind of steely promise behind it. Which is, “This can turn into something different if you’d like the thing to turn that way, mate.” And that quality o smiling, comedic, generous charm that he brings to it is what we were looking for. The toughness and the machismo behind the character can be faked if you like. Whereas that sense of a man of virtue who carries his morals lightly but nevertheless carries them rigorously is a key part of the character. It’s also very important that a character like that looks extremely distinctive. He has to carry himself differently when you see him on screen for a split second, even from behind. Okay, that’s Jack Bannon playing Alfred and he has such a wonderful face. He’s got a handsome baby face, but he still manages to make that look manly and capable.

In the first episode, we are introduced to Alfred and Thomas Wayne. Their dynamic at first isn’t what I expected. What can you tease about their relationship moving forward as Alfred gets more intertwined in Thomas’s world?
Bruno Heller: This relationship has got to go through a lot of twists and turns and ups and downs before we get to the point that everyone knows about. So it’s kind of natural, if not expected, to start them as not a natural team and to play out the essential distinctions between them, which is Alfred is working-class and Thomas is immensely wealthy and privileged and sort of an American aristocrat. So they’re bound not to get along on some kind of granular personal level. It’s going be a long, eventful journey to them becoming friends. At the same time, we as creators have to bear in mind that the relationship evolves into a master, servant relationship. So it’s not like Butch and Sundance. There’s always going to be a certain distance between the two, however close they get. It’s the difference between loyalty and friendship, I suppose. They’re similar, but they’re not quite the same.

Thomas is a little bit of a mystery when we meet him. I still don’t know what he’s about. What can fans expect regarding his character evolution in this first season?
Bruno Heller: That’s very deliberate, that he is essentially… what would you call it? A double or triple agent. It’s always hard to define exactly who they are working for. That’s one of the qualities that they have to bring to the job. So he’s meant to be mysterious. That’s one of the reasons, if not the biggest reason, that Alfred doesn’t and can’t quite trust the man. But on the other hand, Thomas is being shady and hiding aspects of what he’s up to for entirely virtuous reasons. He’s an American patriot. He is working for what he thinks is the greater good and he’s willing to do things that are not strictly honest for that greater good. That’s the sort of thing that rank and fellow soldiers can’t stand, you know? They walk forward wearing a uniform in line to kill people. They don’t engage in that kind of double, triple subterfuge type of world that Thomas lived in.

Martha Kane wasn’t in the first episode but I know that she is coming into the picture. What can you tease about her introduction and her initial dynamic with Thomas?
Bruno Heller: Martha is an incredibly important character. She’s half of the DNA of Bruce. The Batman myth is so much about fathers and sons and that male legacy, but in real life, what’s more important than your mother, who has a bigger influence on you? I think when you see the character, you’ll see that in a way she’s the most fully-formed, complex, interesting character in the piece. She is the side of Batman that is fearless and vengeful in the kind of heroic Greek vengefulness. Not in a kind of sorted, gory lust for vengeance, but a lust for justice. A lust to put the world right. She’s that idealist, zealous side of the Batman psychology, which is what makes her son so extraordinary. Thomas, on the other hand, is much more the more proper, upright, dutiful, analytical detective side. Batman is both a detective and a vigilante. So Thomas is the detective, Martha’s the vigilante. That’s a bit schematic, but that’s the underlying notion. And then you’ve got the delicious thing that the audience knows they’re going to end up together, but they don’t. And it’s the last thing they’re expecting, so that’s a fun journey to go on.

In the middle of all of this, there’s this civil war brewing between the Ravens Society and the No Name League. What can we expect on that front?
Bruno Heller: Things are going to get far worse before they get better. The thing about civil wars, as opposed to wars between countries, is that the battle lines run right through families. They run right between friendships. They run right down the middle of cities. So that creates great storylines of drama because you’re not fighting a distant enemy. The other aspects of civil wars that are interesting are that it becomes increasingly hard to say who’s right and who’s wrong. Civil wars become more and more complex and difficult to penetrate in terms of simple understanding. And that’s great for storytelling. It’s never going to become a political drama. It’s a backdrop, not the purpose of the story.

We are all aware that Alfred, Thomas, and Martha are part of the Batman mythology. Over the course of the season, will there be Batman Easter eggs or references or do you want to sort of keep this world separate in a way?
Bruno Heller: My feeling on Easter eggs is they should only be visible to people who really are deep scholars of material, so there will be Easter eggs that DC fans will get. But one of the luxuries of this story because it’s a prequel, so to speak, means that we don’t have to overburden the story with other things. One of the key things that I insisted had to be part of the show, and I think we’ve succeeded, is you don’t have to be any kind of a fan of the Batman story or even know the Batman story to enjoy the show. It is the story of a young man coming out of the army who wants to make a new life for himself and is pulled back into old loyalties and old conflicts. It works purely on that basis if you come to it like that. So putting too much of that DC flavor into it would be too much.