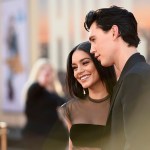 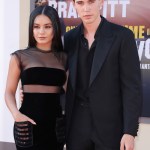 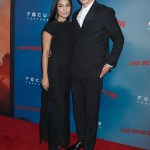 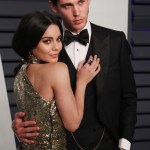 Austin Butler better start shopping for engagement rings now. We’ve EXCLUSIVELY learned, his girlfriend Vanessa Hudgens has ‘put him on the clock’ when it comes to popping the question.

Life can’t get any better for Austin Butler right now. The 27-year-old was cast to play Elvis Presley in director Baz Luhrmann’s biopic, and he has a prominent role in Quentin Tarantino’s new film, Once Upon a Time in Hollywood. On top of that, since 2011, he has a wonderful and supportive girlfriend in Vanessa Hudgens, 30. She is “beyond impressed with Austin as a man and Austin as her man,” a source close to Second Act star tells HollwoodLife EXCLUSIVELY. “He is on a roll professionally with his upcoming stint as Elvis and his work with Once Upon A Time In Hollywood, and she knows that he will be the father of her children someday.”

However, there is a catch to all this happiness. While the insider notes that Austin and Vanessa’s relationship is “getting better day by day,” the source tells HollywoodLife that “Vanessa is really waiting for an engagement ring. She wants to be married to Austin soon. It’s not a deal-breaker, because they aren’t breaking up, but he could have asked a few years ago. She would have been all in and would have said yes.” As any gentleman knows, it’s not polite to keep a woman waiting, and the source notes that “Austin is on the clock to ask.”

“Vanessa’s friends continue to playfully pressure him to pop the question,” the insider notes, adding that things are going so well, that he “might do it this year. Maybe even around her birthday.” Vanessa was born on December 14, 1988, so could she be getting an early Christmas present? December is also half a year away. Can she be patient enough to wait that long?

There was speculation that these two got engaged in 2017 when Vanessa was walking around with a ring on that finger. The jewelry wasn’t a traditional engagement ring, in that it clearly wasn’t a diamond, but Vanessa is known for having her own vibe. So, it would make sense that Austin would use a vintage piece of bling for popping the question. However, it appears that it was all a false alarm. Or, it might have been a subtle hint that she’s ready for the real thing. Austin better get to it!