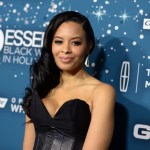 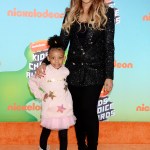 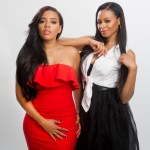 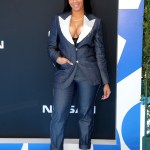 During an appearance at the Create & Cultivate Self Care Summit in L.A., Vanessa Simmons revealed how her sister Angela is doing following the tragic death of her ex-fiancé.

Growing Up Hip Hop star Vanessa Simmons, 35, has revealed that her sister Angela is doing well following the tragic death of Sutton Tennyson, her son’s father. The reality TV star and Games People Play actress shared the update during her appearance at the Create & Cultivate Self Care Summit in Los Angeles on July 20. Vanessa – who was at the conference to talk about multitasking and juggling motherhood with self-care and career – said that Angela is “good” eight months after her ex-fiancé was gunned down in his Atlanta, Georgia driveway.

“She’s good,” Vanessa told HollywoodLife EXCLUSIVELY. “She’s out here [in Los Angeles] so that’s exciting for me because all of our kids will get to be together this summer.” Asked how Angela is coping with the trauma, she added, “You just move forward how you can and we’re there to support her.”

Angela and Sutton split in 2017. A year earlier they welcomed their only child together who shares his daddy’s name. Angela was naturally devastated when Sutton was killed. On Nov. 4, 2018 she posted a bittersweet tribute to him on Instagram, which included a series of photos of them together as a family. “Thank you for leaving behind my greatest gift,” she wrote. “I’m hurting. I’m numb. Thank you for the out pouring [sic] of love everyone. I can’t believe I’m even saying Rest In Peace Sutton. I promise to hold SJ down in every way I promise.”

It isn’t clear if Angela’s reaction to Sutton’s death will feature in the upcoming season of Growing Up Hip Hop, which is currently filming, but Vanessa told us, “We’ll see. It’s kind of our real life so we’ll see what comes up. She’s just learning to cope and learning to deal with it and raise a strong young man.” Vanessa who – like Angela is the daughter of legendary Run DMC rapper Joseph “Rev Run” Simmons – added, “She’s doing very, very good to be a true single mother and having to do it on her own. She has the support but things are as good as they can be.”

In addition to being a devoted sister and mother (she and boyfriend Mike Wayans are parents to 5-year-old Ava), Vanessa is poised to launch a new skincare line called Sugar Me. She designed the “all natural, organic” line to “empower women to take a little time to give themselves some TLC.” She added, “[It’s] to give themselves some extra love and care and a way to bring the spa experience home.”