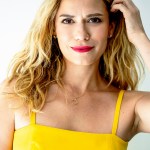 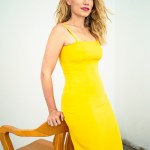 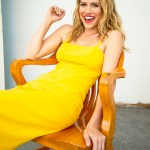 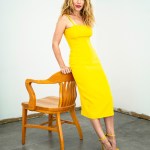 ‘Pearson’ is the new show you need to be watching. Bethany Joy Lenz spoke with HL EXCLUSIVELY about the complex role of Keri, what’s ahead this season, and more.

The Suits spinoff, Pearson, made its highly-anticipated debut on July 17. Gina Torres is back as Jessica Pearson and taking on the dirty world of Chicago politics. Bethany Joy Lenz plays Keri Allen, a city attorney and the mayor’s right-hand woman. Keri and Jessica’s relationship is tense, to say the least. Keri is responsible for Jessica losing her law license, so that makes for one fascinating dynamic between the two women.

HollywoodLife sat down EXCLUSIVELY with Lenz about entering the world of Pearson and how it’s different from Suits. She opened up about her “multidimensional” and “troubled” character. Keri is a new character in Pearson and Lenz teased that we will get her backstory, as well as backstories for the rest of the characters.

What stood out about the role of Keri that made you want to be a part of Pearson?
Bethany Joy Lenz: There were a few things that I was really excited about with this. The first one, in particular, was being on a show where I got to play a lawyer, but it’s not a legal drama. It’s actually a political thriller drama and it’s so much more about the characters and the lives of the characters and what’s going on in their inner lives than it is about the outside drama that’s happening or the procedural element of it. And for me, I always said I never wanted to play a lawyer because I always thought that I would have to be on a procedural. So it was super appealing to me to be on a show where I get to play a lawyer, but it’s not a legal show. It’s actually about this incredibly complex woman who is great at her job and she’s got a lot of layers. She’s very multidimensional and troubled and grouchy, but she’s also sexy and sweet and also has issues with her dad and her family and men, which is very realistic to me. That also felt rare. So, in particular, those are the things that really drew me to this character.

How does Pearson compare to the dynamic of Suits?
Bethany Joy Lenz: The thing that’s the same is Jessica Pearson, but we’re getting to see a lot more of her and get a lot more in-depth about her life, her inner struggles, in ways that you didn’t get to see that on Suits. But in terms of the difference in the shows, Suits was much more sort of quippy. There was a little more comedy. It was brighter and I think it really focused more on the upper echelon in society and what’s behind the closed doors of that top percentage of rich people. With Pearson, I think the tie-in really is when Jessica Pearson goes back to start reconciling with her family in Chicago, you really get to see what effect the upper echelon’s choices have on the other 95% of the country, which is something I ripped right off Gina Torres’ interviews because I thought she said it so well. To quote her, that’s really the major different dynamic. In our show, because we’re connecting with a more realistic percentage of the population in this country, we’re definitely addressing and bringing up issues like homelessness and housing and race and immigration and things that people are really struggling with on a day-to-day basis. It’s grittier.

Fans know Jessica Pearson, but we don’t know these other characters. Are we going to get backstories on them?
Bethany Joy Lenz: We will get backstories. There is a flashback episode. A lot of the season is backstory, which you’ll realize within the first 10 minutes of watching the episode. It’s great to be able to meet new characters where they’ve all got their own sh*t going on. I think we’ll get a big taste of that here. But that’s part of watching the show and watching it unfold is you get to see how the layers come off. I was having lunch with our showrunner the other day and we were talking about binge-watching and how it’s such a common thing now, and a friend of mine binge-watched Game of Thrones because he had never seen and he wanted to be able to watch the final episode. Pearson has been written by a writer who doesn’t write for binge-watchers. It’s not meant to be on in the background. You know, there are some shows that are really great for that. Even dramas where it’s fun to just have on and you can kind of be doing laundry or you can be on your phone. This show is written intentionally for people to be able to really pay attention to what’s going on and read between the lines. I’ve seen cuts of several of the episodes and they really give actors their moments. They give the audience the benefit of the doubt that you’re smart enough to figure out what’s going on between the lines. I don’t see a lot of TV like that, which is why this is not really meant for just binge-watching while you’re on your phone or whatever. You really need the time in between episodes to fall in love and build the anticipation.

What can you tease about the dynamic between Jessica and Keri going forward?
Bethany Joy Lenz: It’s interesting to see how their dynamic develops. It’s nice watching two people who may be friends outside of this work environment have to go up against each other, find ways to work together, and we’ll see where they land.

Keri did mention her father, who was a police officer, in the first episode. Are we going to meet him?
Bethany Joy Lenz: He’s meant to play an increasingly important role in the story.

Keri’s a Chicago native, right?
Bethany Joy Lenz: Yeah, she grew up in Chicago. She’s got brothers and has a complicated relationship with her dad. I don’t know if it’s too complicated. It seems pretty normal to me because everybody has complicated relationships with their parents in some way. Growing up a Catholic kid in a big family in Chicago and her dad’s a cop, I think she’s seen so much and takes so much pride in being a part of how the city works and she’s always felt like that and that’s a lineage that she wants to carry on.

That’s a very gray area too when you’re looking at the city as a whole. You’ve got cops on one and then there’s a lot of play with here. I’m interested to see how that unfolds.
Bethany Joy Lenz: She’s wrestling with a lot of that. I think one of her arcs is realizing where she is now, taking a look at where she came from, and wondering what she’s sacrificed. You have to choose the lesser of two evils but do the ends justify the means? All those questions are really valid for Keri right now.

You mentioned Pearson is not a procedural but is there a case or a situation that is at the center of the series?
Bethany Joy Lenz: There are always situations that are happening. Everything sort of is connected, so it’s not like there’s one case that they’re studying the whole time. Everything that we’re dealing with is setting up for what’s happening with the relational dynamic between the characters, as opposed to the story being central and then the characters taking setting, which is a lot of procedurals. So this is sort of flipped.