Ramona Singer‘s dancing her way through the Hamptons this summer, and she’s got her eye on men who are half her age, Page Six reports, citing “spies” who apparently witnessed the Bravo veteran in her element in this past weekend. The Real Housewives of New York star, 62, was at Gurney’s Montauk Resort with daughter Avery, 24, when she “flirted with a few guys in their 30s while wearing a sexy one-piece,” sources tells the site, adding, “One good-looking guy managed to get her digits.”

Nonetheless, although Ramona was indeed in the Hamptons over the weekend, she claims she wasn’t flirting with younger suitors. Ramona denied the report, telling Page Six that she was “certainly not” doing anything of the sort. As for the exchanging of numbers, Ramona denied that too saying, “Absolutely not!” As a matter of fact, she went on to explain that the crowd at Gurney’s Montauk Resort was “mostly women,” and, “I just hung with my friends.” Meanwhile Ramona’s previously told Page Six that she loves the Hamptons hotspot because “it’s a young, hip place.”

Ramona took to Instagram to share a few sultry snaps from her weekend in the Hamptons. In one photo, the Bravo star showed off her fit physique in a plunging, snakeskin one-piece with shorts and wedges while on the beach. In another shot, Ramona showed off her paddle skills while on a surfboard, dressed in a white crochet one-piece. 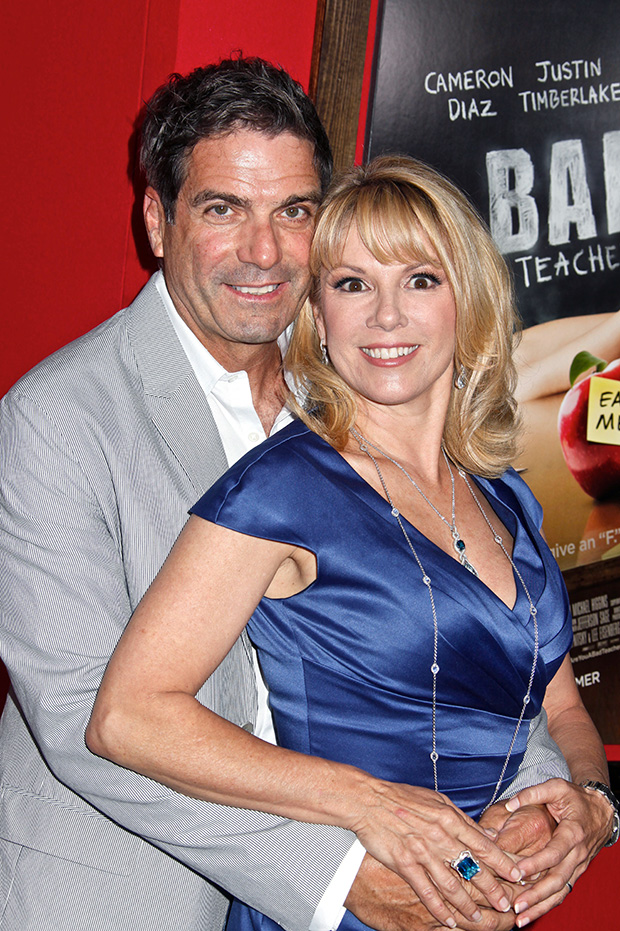 Ramona and Mario Singer at an event together. (Photo credit: REX/Shutterstock)

It was just a few weeks ago that Ramona admitted during the June 20 episode of RHONY that she wishes she could get back with her ex-husband, Mario Singer. While chatting with co-star, Luann de Lesseps, Ramona explained how she felt after seeing her ex while in Florida.

“How did you feel about seeing Mario in Florida,” Luann asked, to which Ramona replied, “He and I and Avery go to dinner together. So I saw him on Monday. He was melancholy and he’s like, ‘I messed things up with us. I miss my family.’”

Luann then asked, “Are you thinking about going back with him?”

“No, I wish I could,” Ramona admitted, explaining, “Too much has happened. We’re different people.” She added, “I don’t think Mario and I will get back together, but what we had was really special,” Ramona  said to the camera as she fought back tears. “But it’s good to be on nice terms with him.”

Ramona and Mario were married for 22 years before they separated in 2014. The reality start split from Mario after she reportedly caught him cheating that January. They finalized their divorce in 2016.