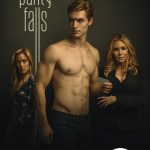 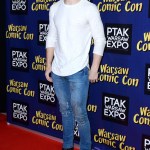 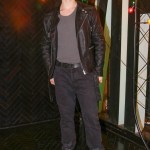 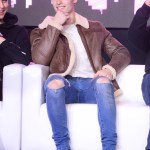 ‘Riverdale’ star Trevor Stines is starring in a brand-new Lifetime movie. He talks to HL EXCLUSIVELY about why he was drawn to the ’emotional depth’ of his character in ‘Madam of Purity Falls’ and more.

Madam of Purity Falls premieres July 20 at 8 p.m. on Lifetime. The movie centers around a mother, Nicole, and her teenage son, Jason, who move to the idyllic town of Purity Falls after a tragic loss. The rift between the mother and son only deepens when he becomes entrapped in the neighborhood maven’s nefarious home business. Trevor Stines, 25, stars in the movie and he opened up to HollywoodLife EXCLUSIVELY about his new role.

“I play a character named Jason, ironically. He suffered a little bit of a, call it an emotional setback in life,” Trevor told HollywoodLife. “At the start of the film, he loses his father, and he and his family move to a new town called Purity Falls. He’s really just feeling adrift in life due to this great personal loss and his unassuredness of where he’s going to go and what role he plays in his family life, which I think really is what allows him to get caught up in the whirlwind of what is happening in Purity Falls.”

He also discussed the complicated family dynamics at play in the film. “What really drew me to the character I think was that kind of core emotional volatility of having suffered this great loss and getting caught up in something and feeling in over my head with just everything going on in my life,” he continued. “I think there was just a lot of emotional depth to dig into. My favorite thing about Purity Falls are the family dynamics, my relationship with Kristanna Loken, who plays my mother, and Sloane Avery, who plays my sister. I think that’s just such an interesting dynamic to play with and an interesting story to tell. That was really the thing that drew me to the script.”

Trevor is also known for playing Jason Blossom on the hit CW show Riverdale. He clearly has a knack for playing characters named Jason. “It’s actually really funny,” he said. “Obviously, I had just gotten off filming Riverdale when this film came along. I was talking with the screenwriter and I mentioned how I thought it was funny that my character name is also Jason. He just had this look of shock on his face because he didn’t even realize the coincidence. I guess it’s just my lot in life to play as many Jasons as I can.”