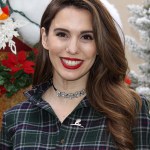 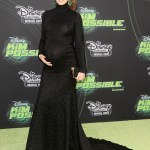 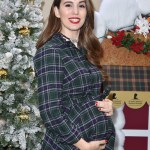 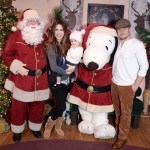 It was just like old times for ‘Even Stevens’ stars Christy Carlson Romano and Lauren Frost as they reunited to make a video for the classic ‘We Went To The Moon.’

Fans of Christy Carlson Romano‘s YouTube cooking show Christy’s Kitchen Throwback got quite a treat on July 18. Two of her Even Stevens co-stars stopped by and to help celebrate the 50th anniversary of the Moon landing, and she broke out into “We Went to the Moon” from the classic episode. The action then transitioned out of her kitchen an into the classroom as she did a remake of the song. “We had an absolute blast reuniting the Even Stevens cast for this throwback video!” Christy, 35, tells HollywoodLife.com EXCLUSIVELY.

Lauren Frost, who played s BFF, Ruby, and George Anthony Bell, aka Principal Wexler both showed up originally in Christy’s kitchen then headed over to join her in the classroom scenes. “I asked Sabrina Bryan from Cheetah Girls to help with the choreography and she absolutely crushed it! She’s such a pro,” Christy tells us about the teens in the video who were playing students in science class . They got up to dance along to the song as Christy played the singing teacher.

In the original Even Stevens episode. Christy’s Ren Stevens character came up with the song in a dream where she was totally unprepared for the science fair. It was super basic, but there’s probably not a millennial alive that doesn’t know that the moon landing happened in 1969 thanks to her chorus of “We went to the Moon in 1969/ Not 1970, but a year sooner/ We went to the Moon in 1969/ That’s when they made a landing that was lunar.”

“People have been going crazy over my YouTube show, Christy’s Kitchen Throwback, and it’s just so much fun making content with all these huge nostalgia stars!” she tells us of her cooking show where she’s brought back fellow Disney Channel stars from shows like Kim Possible and Lizzie McGuire. Christy just launched the weekly show on June 20 and already she’s racked up 62,000 subscribers!