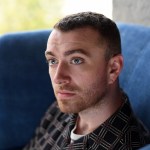 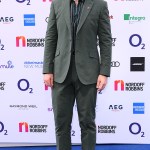 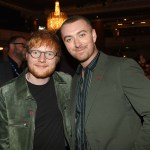 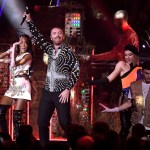 Yas, Sam! After Sam Smith dropped their new video for ‘How Do You Sleep?’ fans raved over their incredible dance skills & the loads of hunky men they cast in the clip.

“My inner dancing queen is about to come out,” Sam Smith, 27, warned fans ahead of their video release for “How Do You Sleep?” and he wasn’t kidding. The singer brought their show-stopping dance moves to the set of their new video and the final product is EVERYTHING. In the clip, which arrived on July 19, Sam fearlessly busted a move alongside a crew of sexy, shirtless men. In a sheer black shirt and heeled boots, the crooner was serving looks in the video clip and fans can’t seem to get enough. After the drop, the musician tweeted out a clip of the fun video alongside the message, “How Do You Sleep? The new single. Listen and watch now.”

Sam’s new track is the follow-up to their smash “Dancing With A Stranger” which he delivered in January with Normani Kordei, 23. The former Fifth Harmony member lent her gorgeous vocals on the track and it became an instant fan favorite. The pair even released a music video together which was a while mood. Now — here’s to hoping the new piece of solo music from Sam means there’s more tunes on the way!

How Do You Sleep? The new single. Listen and watch now at https://t.co/07vv14AgSs xx pic.twitter.com/B3lEogaWxZ

For Sam, their new tune just may be their favorite to date! “I have never been this excited for a release. Ah. My inner dancing queen is about to come out,” they told fans in the week leading up to the big unveil. Prior to the official video release, New York radio station NEW102.7’s host Mike Adam revealed that the song had been co-written by Max Martin, ILYA and Savan Kotecha. Given their track record of writing song for Britney Spears, Katy Perry, Ariana Grande and more, it’s no wonder it’s such a bop. Be sure to catch the new song and video for yourself, above!